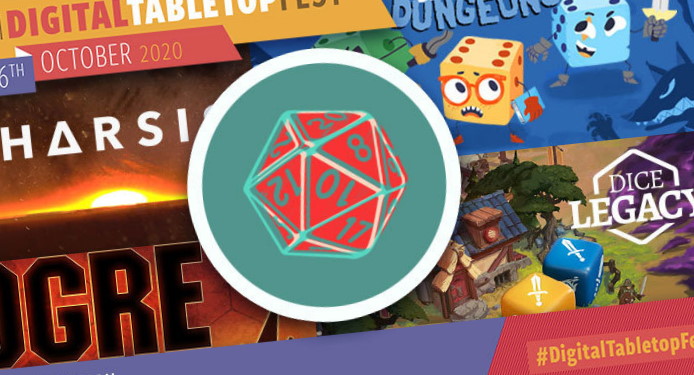 Next week, the Steam Digital Tabletop Fest is mashing together videogames and the ones we used to get together to play in-person once upon a time. The five-day event features interviews, panels, play sessions, and streaming activities "that explore the fusion between physical and digital games."

Of course, the convergence of video and tabletop gaming is nothing new. Early RPGs were often direct translations of Dungeons & Dragons games, for instance, and a game literally called Tabletop Simulator has been available on Steam since 2015. (It's actually quite good, too.)

But the Tabletop Fest looks set to go deeper than the obvious examples that leap to mind, with "main stage events" like a livestream with Elizabeth Hargrave, the designer of the physical edition of Wingspan, an interview with Doom designer Sandy Petersen (who's also designed a number of board games in his career), an Armello play session with developer League of Geeks, and a Vermintide 2 session featuring members of Fatshark and Warhammer Fantasy Roleplay designer Graeme Davis.

The full schedule of events in the Digital Tabletop Fest, and an option to set up a multitude of reminders, are available on Steam. And because I know you're curious, yes, there will also be a Digital Tabletop Sale, with deals and demos on "hundreds of card, board, and tabletop-adjacent titles on Steam." It's not live yet, but when it is you'll be able to find the sale page here.

US Department of Justice files antitrust lawsuit against Google