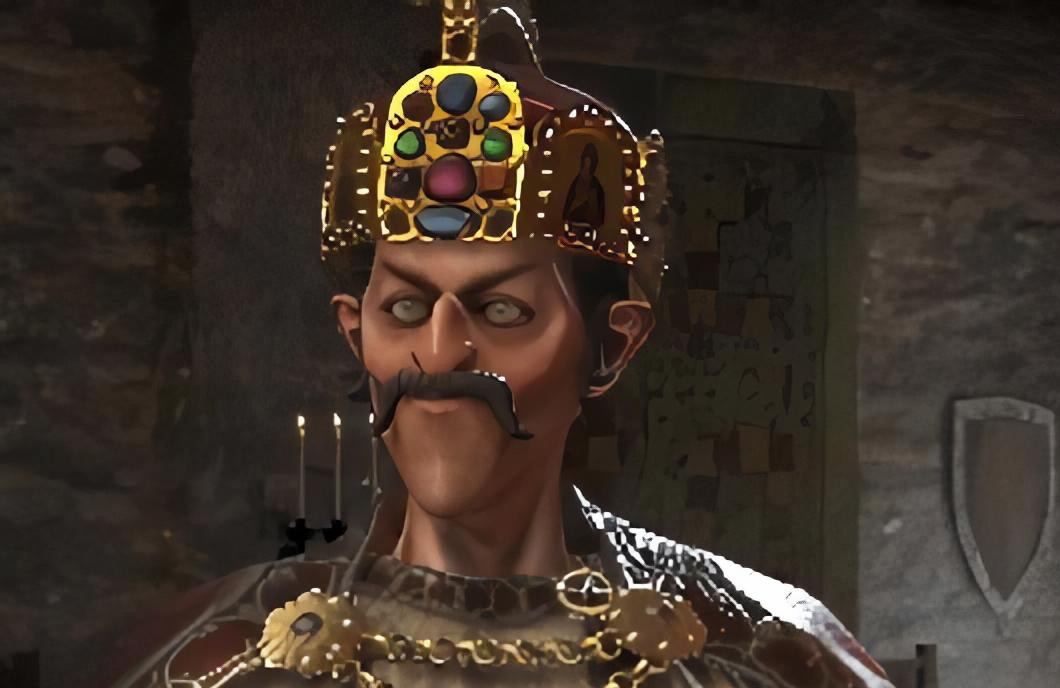 Crusader Kings 3 released its custom ruler designer this week, and players have quickly gotten busy creating the lords and ladies of their dreams.

And plenty from your nightmares.

They've also whipped up some pretty convincing rulers based on characters from games and movies, from Thanos to G-Man to Waluigi.

Have a look at some of the best (and most horrifying) creations from the Crusader Kings subreddit below, beginning with Jon Snow from Game of Thrones, who looks so unhappy you'd think he just watched the ending of Game of Thrones.

My attempt at Jon Snow. DNA in comments. from r/CrusaderKings

Given his remarkable abilities, it wouldn't that much of a stretch to imagine G-Man winding up in medieval times. Though, I'm not sure what the medieval equivalent to a briefcase is. A sack, I suppose.

Want a little Witcher in your game of Crusader Kings? Here's a nicely recreated Sigismund Dijkstra.

Count Dijkstra of Gwent from r/CrusaderKings

Speaking of strong jawlines, below is a pretty good Thanos. Just needs a sleeveless top, a big metal glove, and a purple skin slider.

Hmm. You know, I'm not sure I would want the next guy in charge. He'll get his chance in a few hundred years.

I'm not sure where this next character is from, but I'll make a guess. Untitled Goose Game? There's definitely some goose in that DNA.

There are a number of Waluigis circulating in the CK 3 subreddit. Here's the one from the top of the page by DragonHeretic, but the one below is excellent too.

Ruler designer is blessed from r/CrusaderKings

The ruler creator has a slider for height, so it wasn't going to take long to make the most notorious short lord in pop-culture.

Kudos to all the creators who worked hard to recreate some familiar faces. But let's finish up with a long scroll through some pure nightmare fuel.

Ruler Designer at its finest. I can hear the British accent already. from r/CrusaderKings

I wish there was a green skin tone. from r/CrusaderKings

just a guy who loves 2 kiss from r/CrusaderKings

The new ruler designer is far more in-depth than I imagined, allowing some truly cursed creations from r/CrusaderKings

The pope asks for your support in a crusade? Nope. from r/CrusaderKings

We've all been playing with the Ruler Designer. from r/CrusaderKings

The most horrifying created ruler in CK3 from r/CrusaderKings