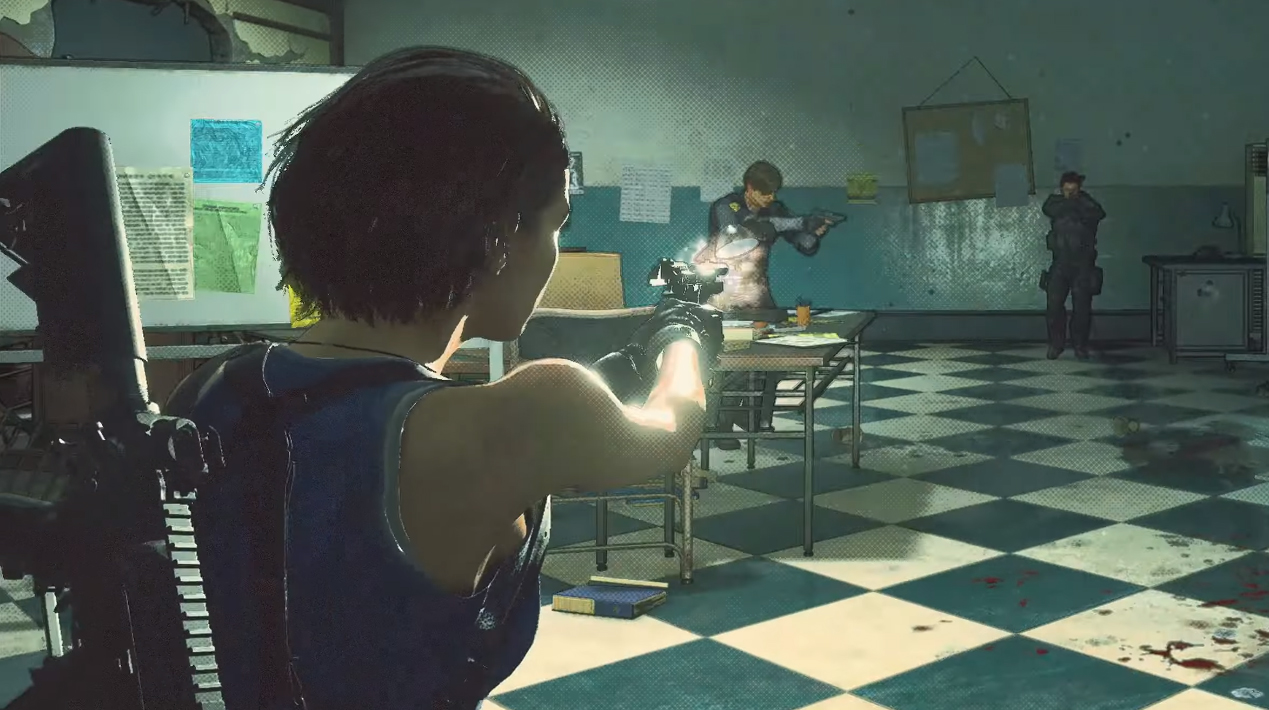 Outside of being bundled with it, RE:Verse doesn't seem to have much to do with Village. Rather, it's being pitched as a treat for Resident Evil's 25th anniversary. It will feature "beloved Resident Evil characters as they clash in six-person deathmatches," says Capcom.

A comic book-style dot pattern filter gives RE:Verse a somewhat distinctive look (well, it looks like 3D art with dots on it), and to be honest, it looks incredibly awkward to play, which is pretty Resident Evil of it.

I'm mildly curious. The over-the-shoulder perspective isn't too fashionable in games these days (even in Resident Evil itself), and especially not in multiplayer games. I was just talking about Lost Planet, another Capcom third-person shooter, the other day—I miss that clunky-ass series, and I could see RE:Verse being a temporarily fun (probably very janky) way to goof off. Unnecessary multiplayer modes are sometimes great. Mass Effect 3's comes to mind.

Beta signups for RE:Verse have been open for a little while, although we only found out exactly what it was today. You can still sign up for a chance to participate here, and the first session will be held on January 27.

We also learned today that Resident Evil Village will release on May 7, and RE:Verse with it, since it'll be included free.

This weekend I spent 22 hours farming golf balls in Destiny 2, what is wrong with me?

Monster Hunter Stories 2 is coming to PC in July