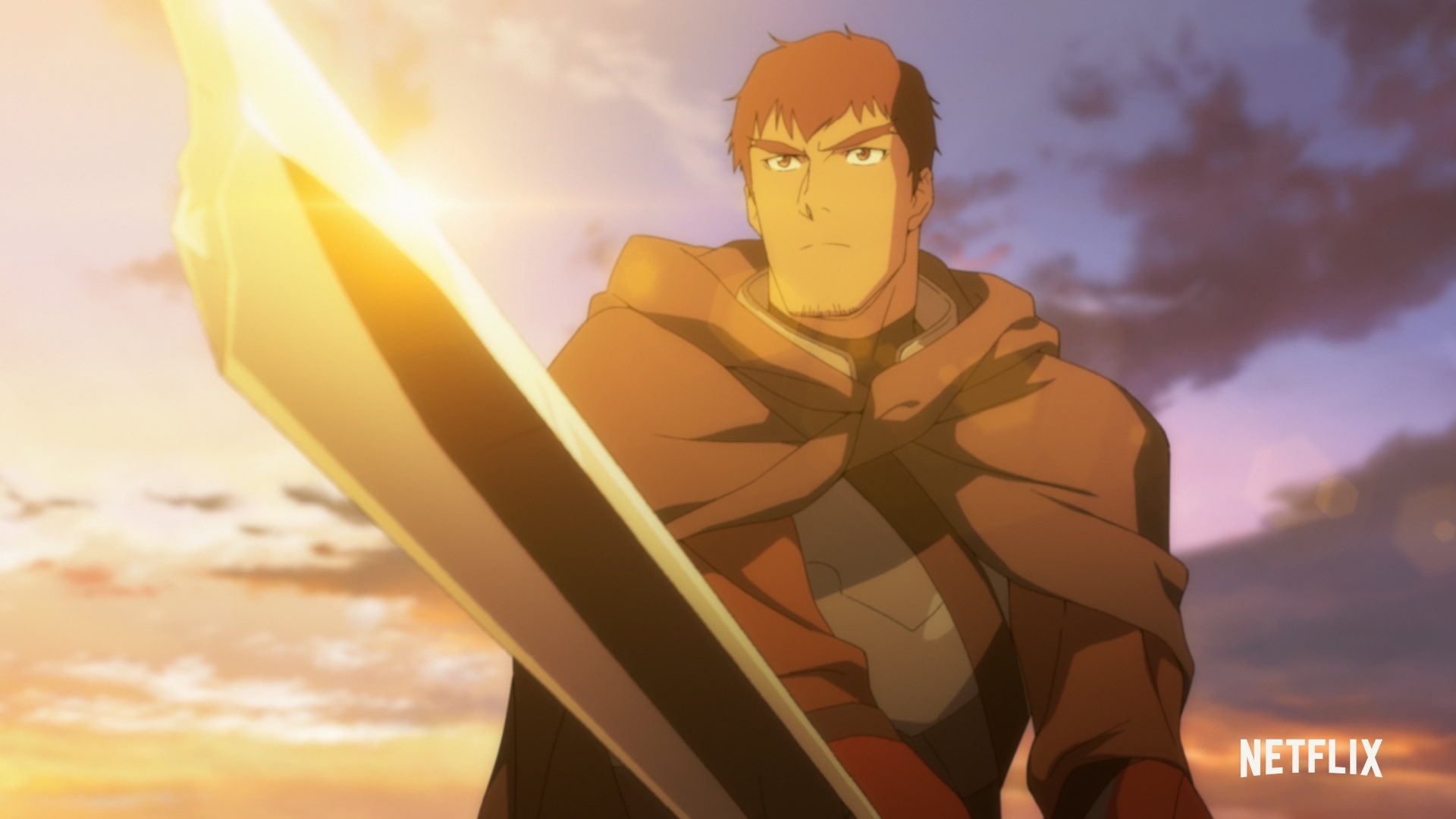 This was a surprise. On February 16, Valve's Dota 2 Twitter accounted dropped a teaser trailer for a new anime series on Netflix called Dota: Dragon's Blood, premiering in March. A few days later it followed up with a longer look at the series and more details about who's making it.

Even if you aren't a Dota player, there may be good reason to be excited for this series. The animation studio behind it, Studio Mir, also made The Legend of Korra and Netflix's Voltron reboot.

But how the heck do you adapt a multiplayer game like Dota into a story-driven animated series? If you haven't read a wiki's worth of Dota lore, will you have any idea what's going on? Here's what we know about the plot, characters, and creators of Dota: Dragon's Blood.

The Dota series is created and written by Ashley Edward Miller, who also has credits as a co-writer on the screenplay for the first Thor film in 2011 and X-Men: First Class. Previously he wrote on the TV series Terminator: The Sarah Connor Chronicles. Miller is also executive producer on the Dota series.

In one of many tweets about the series, Miller named some of the other writers working on Dragon's Blood:

So there’s a lot to talk about this morning and many people who deserve shout outs for bringing DOTA: DRAGON’S BLOOD to life. I’ll start with my awesome writers, @AmyChu @ashleyrhalloran @mitch_iverson @stevenmelching along with @_Unagidon and the tireless support of @ZachRagatz pic.twitter.com/Cmwb8Vo57xFebruary 17, 2021

The name most likely to be familiar to animation fans, though, is Studio Mir, the Korean animation studio behind Korra and Voltron. Studio Mir also worked on The Boondocks season 4, a Guardians of the Galaxy series, and is behind another upcoming Netflix game adaptation: The Witcher: Nightmare of the Wolf.

Mir's series' tend to use a mix of 2D and 3D animation, and that looks like it'll continue with Dota: Dragon's  Blood. From the initial trailer, I have to say it looks pretty nice.

Netflix initially released an extremely short teaser trailer for Dragon's Blood, leaving us with far more questions than answers. But it followed up a few days later with a beefier trailer that shows off some exciting action scenes. Take a look.

The series is exclusive to Netflix and releases on March 25th. There are eight episodes in the first season.

Will there be a second season? Good question—Netflix likely won't say anything about a second season until Dragon's Blood debuts. But it's not being called a limited series, so a continuation seems likely.

Which characters are in Dota: Dragon's Blood?

The star of the Netflix series is Dragon Knight, aka Davion, but he's not the only Dota hero in the series. Dragon's Blood is legitimately pulling from Dota lore, here. Mirana, Princess of the Moon, is another key character. Miller tweeted that "the bond that forms between [Davion and Mirana] is the heart and soul of our show." Mirana's companion Luna is also part of the main cast.

Other characters include Slyrak, the Ember Eldwurm, and the Invoker, whose real name is Carl, according to the Dota wiki. I can't tell you how happy it makes me that "the smartest being in the universe," in Miller's words, is named Carl.

There are some characters in Dragon's Blood created specifically for the show, too, and Dota lore fans may be psyched to see the Goddess of the Moon, Selemene, show up on screen.

Also exciting: There's quite a good voice cast lined up for this series.

Here are the voice actors in Dota: Dragon's Blood

The Dota: Dragon's Blood trailer says "In collaboration with Valve" just a few seconds in, so the developers of Dota 2 have clearly had some input with the new series. (Valve also trademarked "DOTA," which probably comes into play here). But how involved is Valve, really? A tweet by showrunner Ashley Miller gives us only a vague idea:

My final thank you for the morning is directed at @NXOnNetflix and the whole @DOTA2 gang from @valvesoftware — teamwork makes the DOTA dream work.February 17, 2021

The official Dota 2 blog mentions that the Dota  2 client will have a Dragon's Blood "section" where Valve will be sharing more news about the series.

Does Davion have a courier?

Also: Who's playing jungle? There are sure to be a few Dota in-jokes in Dragon's Blood, but hopefully the first five episodes aren't devoted to the the laning phase and denying creep kills to the enemy team. Davion might not have a flying donkey courier, but he does have a squire named Bram, so maybe one episode will be all about him walking back to town to fetch a potion.

Get the Logitech G502 Hero gaming mouse for just $40

Have you ever been a dirty dang cheat in a game?