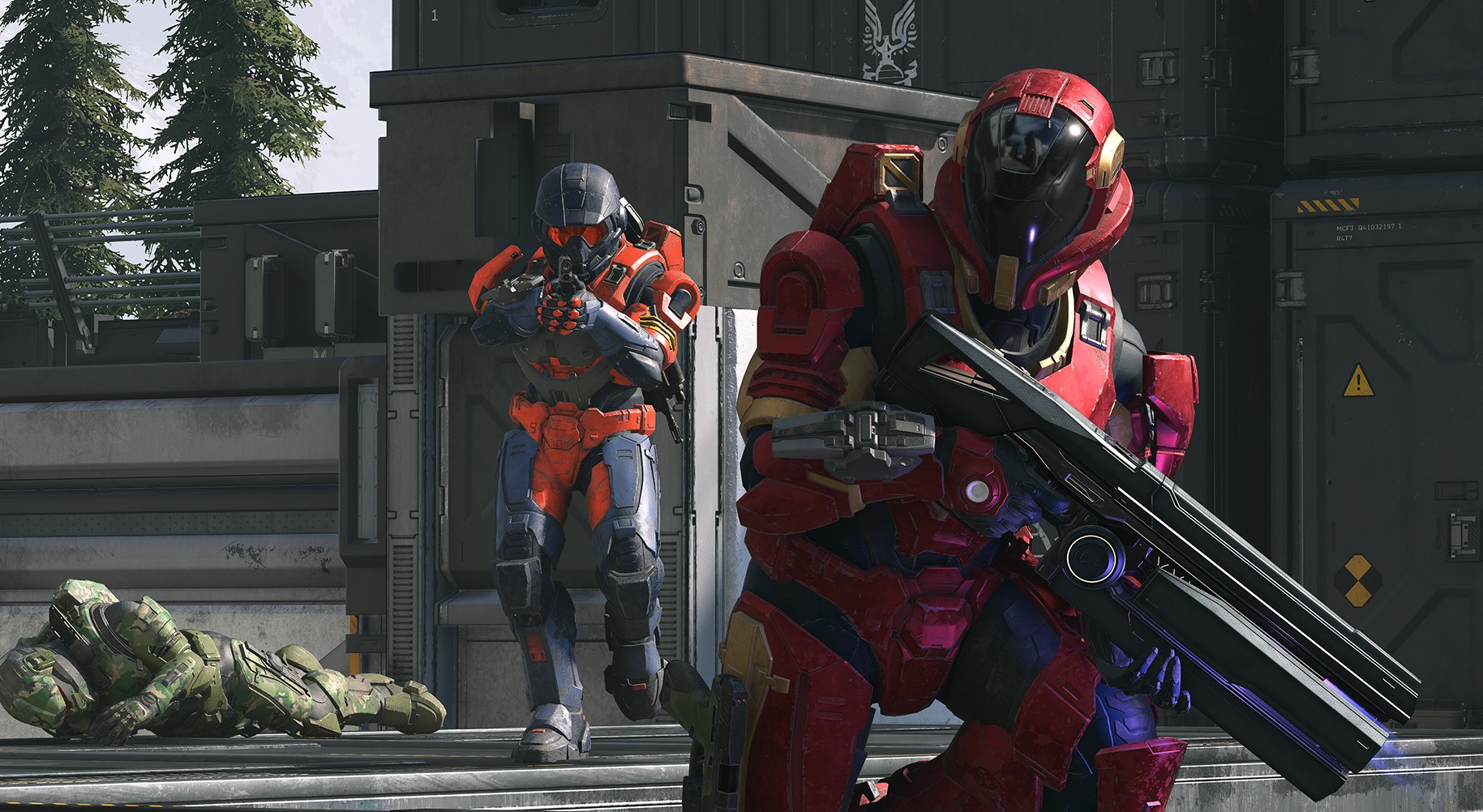 Halo Infinite is fast approaching, and studio 343 Industries is in the thick of promoting it. Ahead of the game's multiplayer tech preview happening this weekend, a livestream showed off a full Big Team Battle match (it starts at 50 minutes in the above vid). It's definitely worth a look, but there was one feature of the map that especially stood out: it has a legit loot cave.

As a "sub-objective" there's a massive vault in the map—internally called a "loot cave" as a sly reference to the legendary one found in Destiny—which will likely draw players right at the beginning of the match, because it's loaded with power weapons. There's a process to getting in: you have to hack the big vault door, and then defend yourself while the hack is in process. "Whoever gets here first gets the loot, essentially," senior multiplayer designer Fernando Reyes Medina says.

Sounds extremely stressful! But it also sounds like an effective way to draw players into a central part of the Big Team Battle map, kinda like a beefed up version of PUBG's Air Drops. It's also amusing that 343 Industries has dubbed it the loot cave: That's a reference to a glitch in the original Destiny which allowed players to shoot blindly into a cave in order to grind out rare items.

Big Team Battle gets a technical preview next weekend, but in the meantime Insiders lucky enough to gain access will need to make do with 4v4 arenas. That starts on Friday, though access is limited.

In survival RTS Age of Darkness, thousands of enemies aren't the only threat