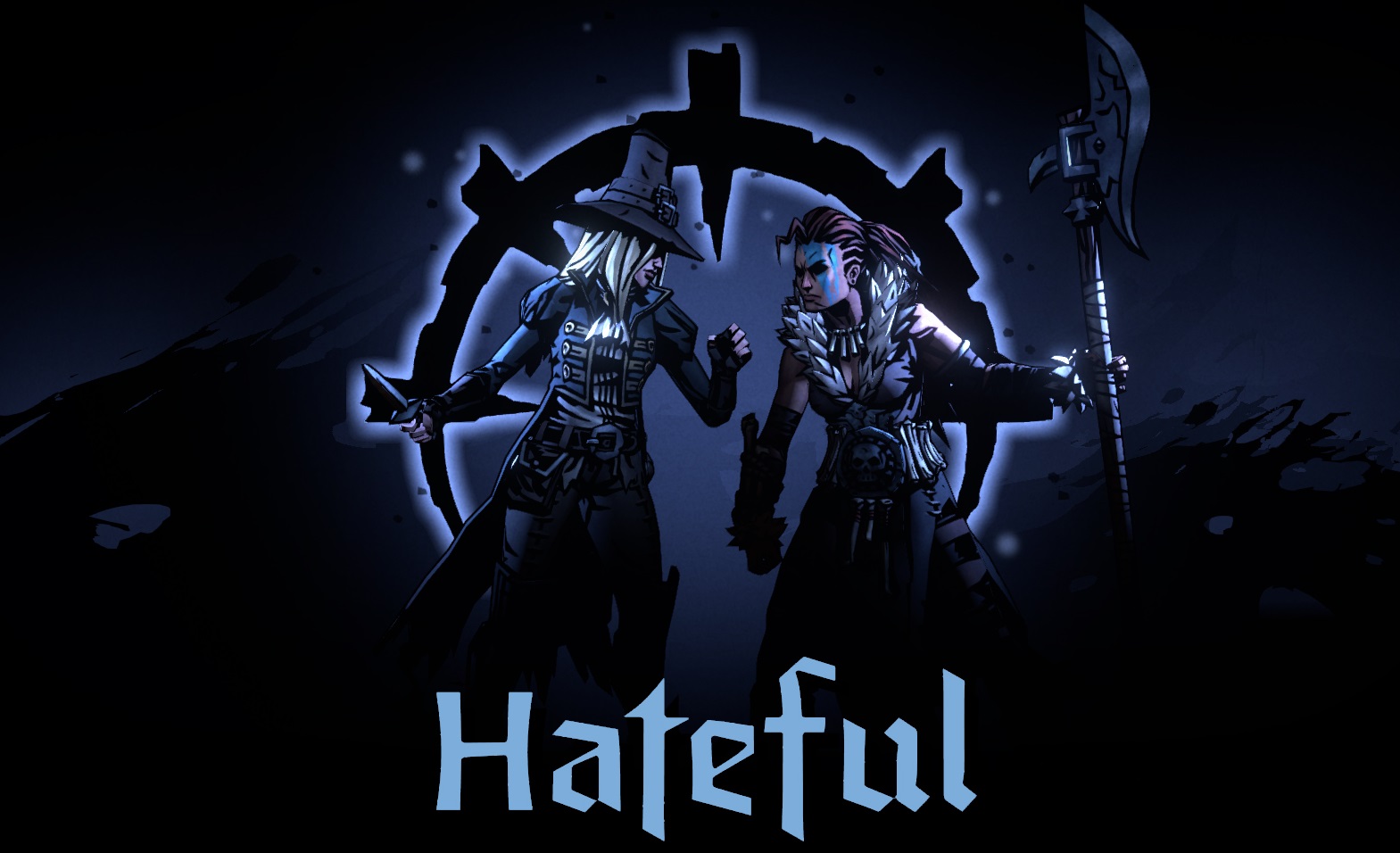 By far the biggest change in Darkest Dungeon 2 is the fact that all of my adventurers absolutely despise each other. This is, of course, in addition to their normal descent into panicky madness, poor habits, disease, and associated traumas both physical and mental. With Darkest Dungeon 2, Red Hook has shifted the window from a rotating cast of hired adventurers to a single, persistent party. And my party is toxic AF.

What was a campaign-scale roguelike where individual failures didn't necessarily spell doom has become a run-focused game where the goal is to get further each run than the time before. Borrowing a structure from other roguelikes, as you unlock new heroes, items, afflictions, and quirks they're added to the game pool, expanding the overall range of possibilities in a run.

It's a real reinvention of the Darkest Dungeon structure, one that borrows from FTL and The Oregon Trail (I will note here that Dysentery has been added to the game) to forge something new, but familiar. Forcing the characters into long-term relationships with a specific party means managing their mental health is more important than ever. Take Grave Robber Audrey, for example: she resents Man-at-arms Barristan, is envious of Plague Doctor Paracelsus, and is four dots out of six on the way to picking up some hateful relationship with Highwayman Dismas.

In combat, these "afflicted" relationships take a major toll. Sometimes when Paracelsus succeeds at damaging a foe Audrey takes a point of stress. Why? She resents Barristan for not protecting her, so when he uses his guard ability on other characters her stress almost always goes up. 10 points of stress and a character suffers a breakdown, dropping to low hit points in an instant and often picking up some new quirk as they do.

It's a whole new spiral of failure and misery for Darkest Dungeon. When things are going badly it's not just a single character that suffers, it's the entire dynamic of your group. Audrey eventually racked up so many hateful relationships that most turns were bad for her, leading to a spiral of new negative quirks—including a curious displacement in both space and time.

Darkest Dungeon 2's structure of repeated runs isn't just a gimmick. The world is coming unglued, the eldritch and cosmic enemy types only hinted at in the first game are winning, and their cult has grown powerful. There's something deeper going on, some deep tampering with space and time, though with only a dozen or so hours under my belt I've yet to dig very deeply into it.

For all that the world is broken, Darkest Dungeon 2's unique style is once again impeccable. Red Hook has made the transition to 3D with aplomb, the thick-lined art style that defined the first game is beautiful, and the early modern flourishes of its setting are still a delight. That's not to say there isn't plenty of beautiful 2D art, but the dynamism of the 3D models in combat removes all the stiffness from the animation. Movements that looked jerky in the first game instead look cinematic, with dynamic lighting casting off models when pistol barrels flash or daggers clash.

None of that helps Grave Robber Audrey and her party on the first run, though. They hate each other too much, and though I love how they look in action they eventually lose their front line: In a burning city, Man-at-arms Barristan goes down under an onslaught of waxy, red-skinned monstrosities.

Negative relationships are a spiral of death, frankly, and from there I just have to keep going to maximize my score and experience gain from the run.

There are plenty of new lessons to learn for success in Darkest Dungeon 2. Combats along the road at blockades have time limits: You'll break through inevitably, but if you take more than five rounds to kill enemies you don't get loot or rewards, including precious new mastery points. Gone are levels, instead you spend Mastery to improve individual character skills at the inns between new world regions. The ability to quickly win combats without suffering too much damage is now key, tossing out many of the old, more defensive strategies that flourished in Darkest Dungeon. It helps that the accuracy system has been removed: Attacks now automatically hit unless a debuff gives them a penalty to.

At the same time, managing stress is more important than ever. You can't just give a character some time off to recuperate anymore: Each of your four will be in every combat, every encounter, and every fight. They'll be cooped up in the carriage, too, and have opinions on where to go and what course to take when you meet others along the way. Encounters with groups of refugees, caches of supplies, or enemy outposts have different choices to make: Let the smart tactician lead an attack and you may get a first-round stealth bonus. Let the kind doctor solve the refugees' troubles and it'll stress her out, but your flame of hope will get brighter.

If anything, the one mechanic I'm not sold on is that flame—which is funny, since I loved the torch in the first game. Letting me choose when and how the game got more difficult and risky was fun, and I miss it this time around: Keeping your hope high is universally good, letting it get low is universally bad. The switch to a run-based game makes Darkest Dungeon 2 a bit more random, which means that sometimes you just get screwed and have to start over from scratch, maybe a few new character abilities richer, whereas in the original Darkest Dungeon you at least kept your various hamlet upgrades if your whole party got wrecked by a boss.

My latest run is going much better than the prior. Audrey and Barristan are paramours, while Paracelsus and Hellion Boudica are inseparable companions and Boudica finds Audrey a friend in their hope for a brighter future. The bonuses of positive relationships are equally strong: Free healing from turn-to-turn, jumping in to back up on attacks, and cheering each other on for bonus damage. They're not entirely positive—Audrey is a jealous lover, and can keep Barristan from guarding others sometimes. We'll see how it goes.

We've just entered The Sluice, some kind of uncharted sewer area that the locals said was a shortcut. Pray for us. This is swinefolk country.

How to complete the Sage Council MSQ in FF14: Endwalker