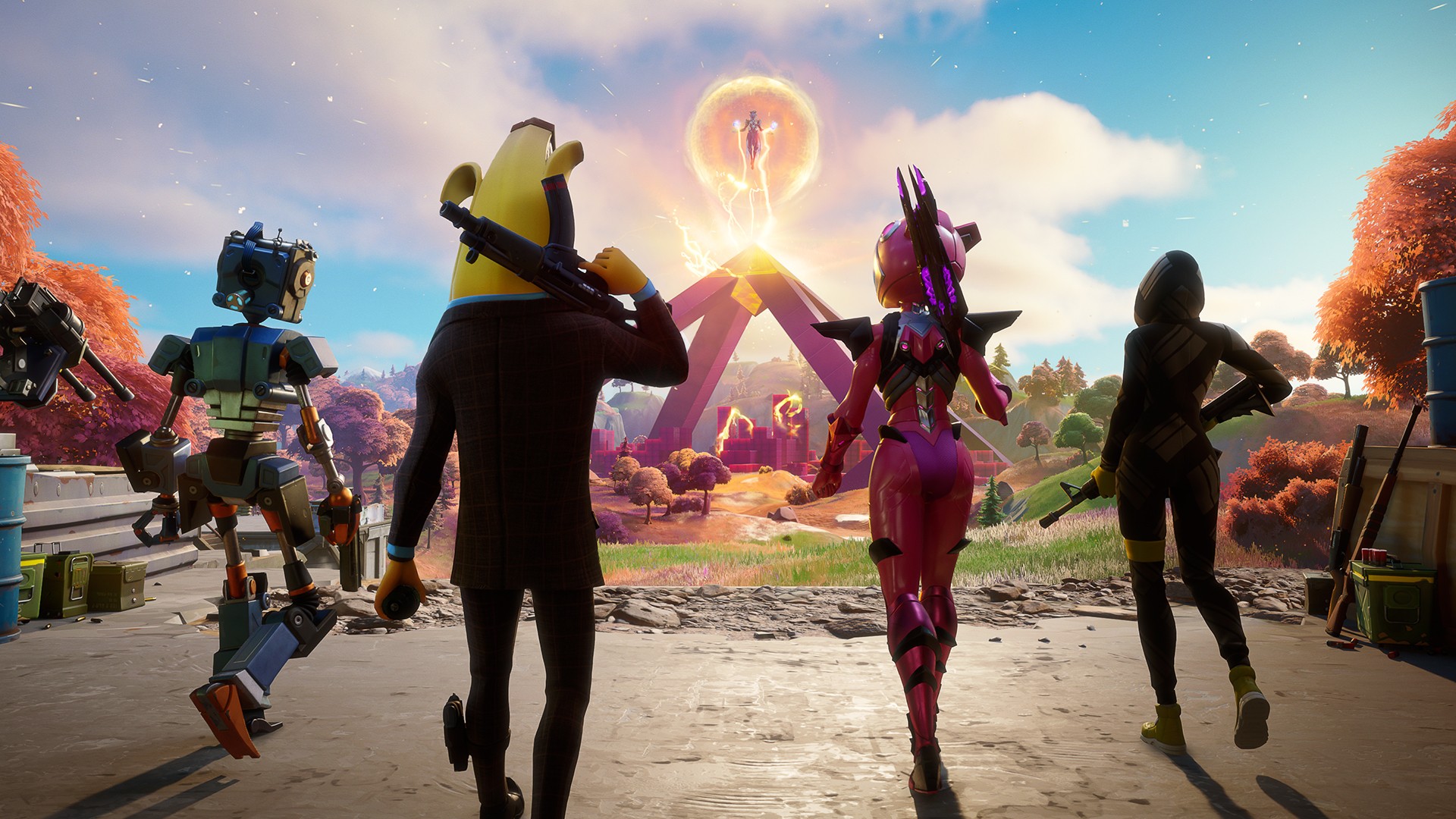 Fortnite Chapter 3 is officially beginning with "The End" event. Appropriate enough, that means the end of Fortnite Chapter 2. It's been a hell of a ride, fluctuating between spy thrillers, alien invasions, and a massively hyped Marvel crossover for good measure.

Epic officially announced "The End" event on Wednesday, and like the end of Fortnite Chapter 1, we're seemingly going to see a massive shift in the Fortnite world when the Cube Queen takes her rage out on the battle royale island.

As you can imagine, there's a ton of details to go over, like when does "The End" start, what can we expect to see, and when does Fortnite Chapter 2 end? We've got all that info and more below.

When does 'The End' event start in Fortnite?

"The End" takes place on December 4 at 4 PM ET/1 PM PST/9 PM BST. As with previous events, plan on arriving a bit early to ensure that you can join a matchmaking lobby without issue. You can group up with up to 16 friends in a squad for the event, and the event playlist option will go live 30 minutes prior to The End itself.

Also keep in mind that you won't be able to edit settings once the event starts, so make sure you've got everything set up beforehand.

Epic is giving out some rewards for participating in "The End." Anyone who logs in prior to the end of the season will automatically receive a free batch of 225,000 XP. That's likely enough to rise a few battle pass levels if you've purchased that.

Epic is also giving away a special loading screen and weapon wrap to any players who participate in the event, though it hasn't revealed those yet.

Longtime Fortnite players will remember that when Fortnite crossed over into Chapter 2, the entire game was down for almost two entire days, replaced by a mysterious black hole. This was merely an inventive way to justify larger-than-usual downtime for mid-season maintenance.

Players can expect a similar period of downtime for Fortnite Chapter 3 immediately following "The End" event. According to longtime data miner HYPEX, Fortnite will remain down throughout December 5 - 6, presumably relaunching sometime shortly after on December 7. Funny enough, Fortnite will again be replaced by a black hole during that downtime.

What to finish before Fortnite Chapter 2 ends

Like previous seasons, players will want to complete any challenges left and spend all their various currencies before Fortnite Chapter 3 comes around. This includes any color bottles used to unlock color schemes for your Paint-a-Tuna, your battle pass stars, and the recently added Cube Queen quests.

Epic says that any unused battle pass stars will be automatically redeemed for the earliest available rewards, but not rainbow ink or color bottles. You'll have to redeem those on your own time or lose them.

If you purchased bundles that came with special quests, those quests will remain available after.

Finally, Epic is holding a bonus XP weekend in Fortnite from November 26 at 7 PM ET to November 29 at 7 AM ET. That should help you round out your battle pass before it's gone.

In the meantime, check out our Fortnite guides and news on the latest skins.

Say what you will about Fortnite, but Chapter Three is another extraordinary refresh

Where to destroy signal jammers in Fortnite