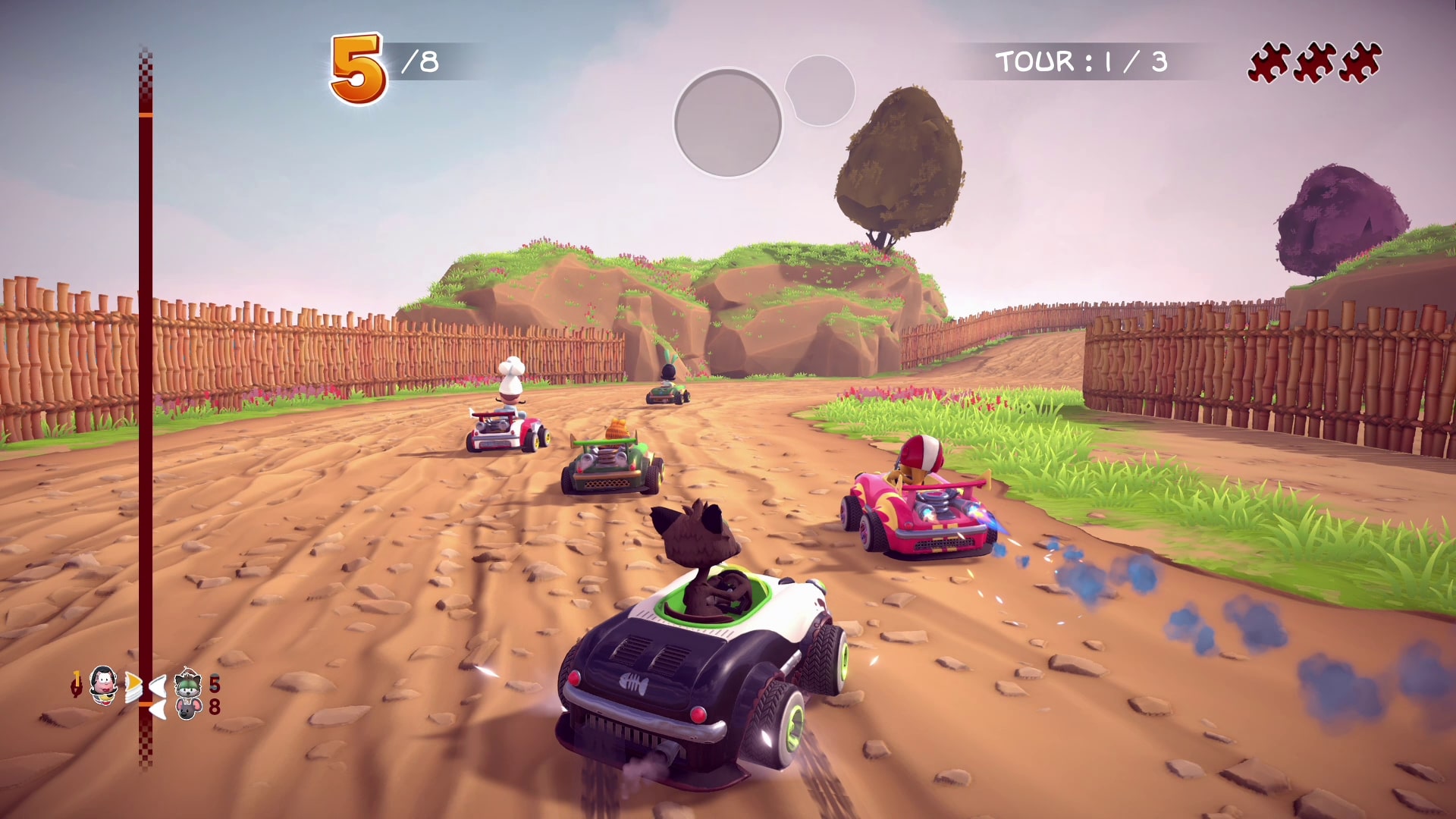 The Black Friday sales are underway, and digital retailer Fanatical has plenty of PC games discounted, most of them in the form of Steam keys. As well as the discounts Fanatical is giving away a free game. It's, let me check my notes here, 2019 multiplayer kart-racer Garfield Kart: Furious Racing.

Right now, the sequel to Garfield Kart is sitting on a user rating of 89% positive on Steam, but it's hard to know if that's because it's genuinely better than you might expect from a Garfield-themed racing game or if Steam's users, who have also given it the "Cult Classic" tag, are just being trolls. I was skeptical about Sonic & All-Stars Racing Transformed as well, but it turned out to be one of the best in the genre.

Since it'll set you back precisely zero dollars, if you're at all interested in driving around while pretending to be Garfield, Jon, Odie, Nermal, Arlene, Liz, Harry, or Squeak, whoever those last two are, you may as well find out for yourself. All you have to do is sign up to Fanatical's newsletter and connect your Steam and Fanatical accounts to get a free Steam key.

Meanwhile, in terms of games that cost actual money to buy, Fanatical has several that are on sale for the lowest prices we've seen. Time-travel adventure based on a Skyrim mod The Forgotten City is available in its Digital Collector's Edition, which comes with the collector's DLC and soundtrack, for $17.30, which is 45% off. P.T. Barnum deckbuilder The Amazing American Circus is available in its Ringmaster's Edition, with DLC and "symphony", for $8.09, which is 73% off. Here are some of the other games available for their lowest prices yet.

Fanatical's Black Friday sale includes a "spin to win" offer that lets you spin a prize wheel when you spend $10 or more, with one of the prizes being a Steam Deck worth $700. The sale ends on Wednesday, Nov 30 at 4pm GMT.

Other digital game retailers have begun their sales as well. GOG's Black Friday sale is offering a free copy of pixel-art metroidvania Narita Boy for a limited time, and we've identified the best deals in the Steam Autumn Sale and gone trawling for some of the Steam sale's hidden gems as well.