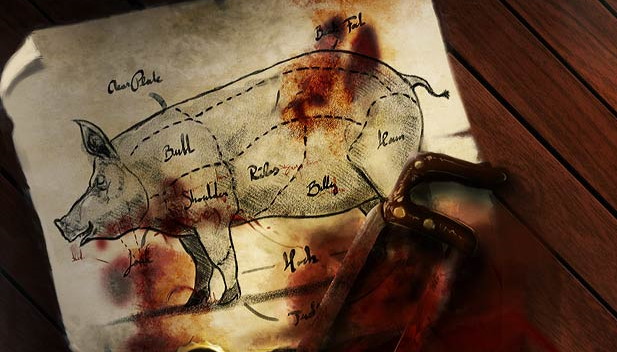 Another Thursday is upon us, and that means it's time for another round of free games on the Epic Games Store. This week's selection includes the first-person creepout Amnesia: A Machine for Pigs, and Kingdom New Lands, the standalone remake/expansion of the 2015 medieval management game.

Amnesia: A Machine for Pigs, developed by The Chinese Room, is a different sort of experience than its predecessor, The Dark Descent. It's mechanically similar, but more creepy and weird than outright horrific, and the removal of the sanity mechanic makes it more of an exploration game. It didn't go over as well as The Dark Descent (although we really liked it), but I suspect that's at least in part because it's not the overt scream-fest that players were expecting. It'll be interesting to see what reactions are like now that it's free, and sufficiently distant from TDD that the weight of expectations isn't so heavy.

(Speaking of Amnesia, don't forget that the next game in the series, Amnesia: Rebirth, is out on October 20.)

In Kingdom New Lands, you play as a shipwrecked monarch who must collect coins from a 2D map, hire peasants, build a fort, and try to survive against nightly attacks by monsters. It starts off easily enough, as we noted in our 2015 review of the original, but it doesn't stay that way for long. You'll die a lot, but hopefully you'll learn from the experience and do better next time.

Amnesia: A Machine for Pigs and Kingdom New Lands are both free for keeps until October 22. After that, the Epic Games Store will roll toward Halloween with two more thematically appropriate games: Double Fine's dress-em-up Costume Quest 2, and another first-person horror game, Layers of Fear 2. And if you're looking for the best free PC games or just what's free for a limited time right now, we've got you covered.

If Baldur's Gate 3 isn't D&D enough for you, Solasta may be the dice-obsessed RPG you're looking for

These are the new characters coming to Genshin Impact