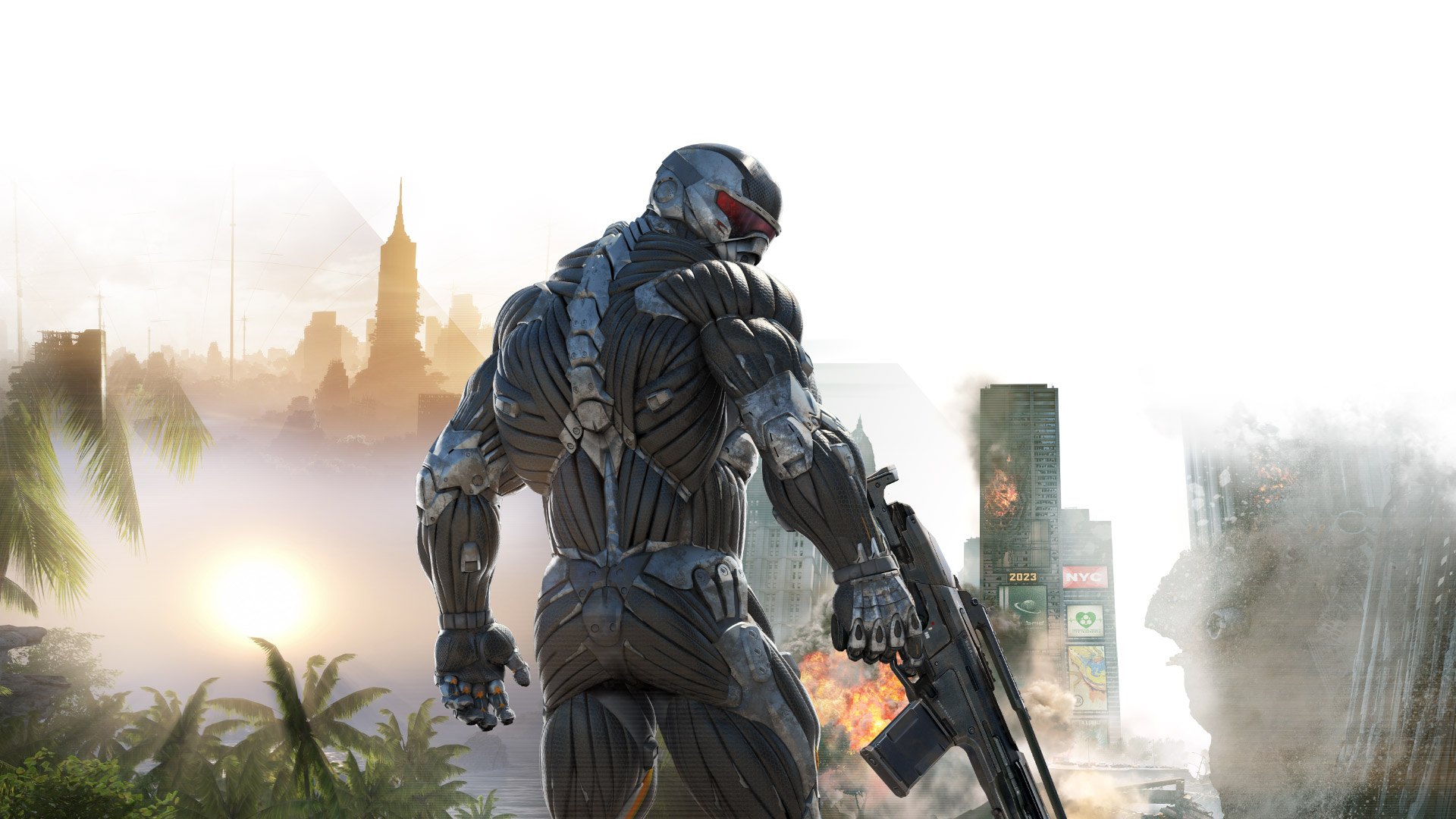 Crysis 1, 2, and 3 have all been optimised, modernised and readied for battle deployment on October 15 on PC and next-gen consoles. Whether you missed them the first time, or it’s just been way too long since you killed someone by chucking their comrade at them, here are five reasons to play the new Crysis Remastered Trilogy.

A suit that not only makes you look like you've got just 1% body fat, but also makes you nearly invincible in combat—who wouldn’t miss that? Some of us still reach for the maximum armour button in other games, 14 years after the first Crysis arrived. It also gives you a cloak, super speed, massive jumps and a cool voice inside your head who sounds like they’ve been chewing broken glass. Welcome back, old chum.

2. Those iconic visuals, but better

What’s that you’ve built there, CERN? The Large Hadron collider, you say? The biggest particle accelerator in the world? Sounds pretty cool, but… Can it run Crysis?

There’s a reason that meme exists. The Crysis trilogy consistently redefined what was possible for real-time 3D graphics at the time, and that made the tropical islands, ruined cityscapes and sci-fi vistas something of a benchmark for videogame visuals.

And now they’re even more lustrous, more detailed, more bleeding-edge. The remastering process takes full advantage of next-gen silicon to give a fresh look to some games that, like Rob Lowe, didn’t look anything like their age in the first place.

4. You forgot how good the destructible scenery was

Taking down a room full of KPA with your assault rifle is one thing. Literally shooting the building to the ground while you do it is a different level of antisocial gratification, and that’s just what Crytek’s revamped  trilogy brings. Palm trees buckle and fold under mounted gun fire, bits ping off vehicles as if trying to escape the imminent explosion, and entire structures are ready to tumble at the slightest provocation.

5. You still want to push the limits

Crysis games have two identities, really. There’s the strategic shooter that lets you pick a suit mode and either stealth your way to the objective or smash everything in your path… and then there’s the benchmark of visual brilliance.

If you want to see what a machine’s capable of, since 2007, you’ve booted up Crysis. That fine GPU-sizzling tradition continues with the Crysis Remastered Trilogy, whose 8K Can It Run Crysis graphical preset will test any system to the max.

Nvidia GeForce RTX graphics card owners can also use a bit of supercomputer wizardry for a framerate boost thanks to DLSS tech—set the level, and leave it to a machine learning algorithm to give you a free performance bump.