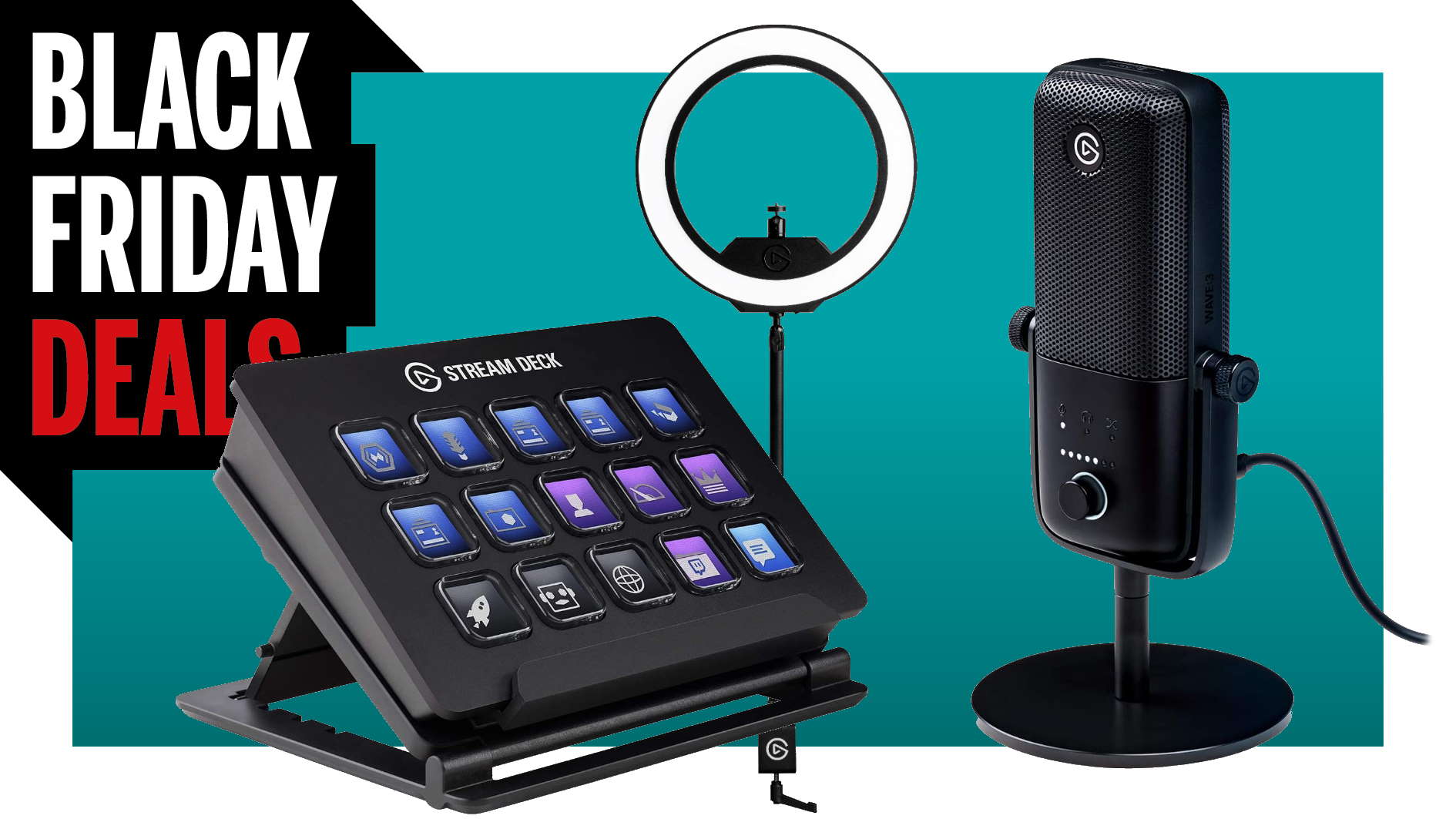 Good news, everyone! It's Black Friday for reals and that means everyone's favorite streaming brand, Elgato, has dropped its prices on a whole bunch of goodies, including some really tasty bundles to get any budding streamer started. So, we're rounding up all the best Black Friday Elgato deals for the holiday streamer right here.

The Stream Deck MK.2 came out earlier this year and is now at $139.99 available at Best Buy only. The MK.2 has a few noticeable upgraded changes, the biggest one is being able to switch the faceplates. The older version of the Stream Deck is 30% off at Amazon or Best Buy.

Elgato | Stream Deck MK.2 |15 LCD Keys | Windows 10 | macOS 10.13 or later | $139.99 at Best Buy (save $10)
This Stream Deck is an upgraded version of the original Elgato Stream Deck. It still has the same old buttons and programs you love but with a lighter more efficient feel. The power cable is a USB C and the faceplates are interchangeable.

Elgato | Stream Deck |15 LCD Keys | Adjustable Stand |Windows 10 | macOS 10.13 or later | $99.99 on Amazon (save $50)
This is the original Stream Deck, it has a bulkier back and an adjustable stand. This USB keypad can launch social posts, adjust audio, activate lights, and gives haptic feedback on every button pressed.

Elgato | Key Light Bundle | 2 Key Light | 2 Desk Clamp Stand | App enabled | $239.99 on Elgato (save $60)
This bundle comes with two Key Lights, just select the exclusive Key Light bundle from the side panel. Both come with a desk clamp stand made from solid metal. With 80 LEDs that are capable of bright illumination or a subtle glow. the Key Light Bundle is great for streaming, recording, and video calls.

Elgato Key Light  Stand | App enabled | Desk clamp | $149.99 on Amazon (save $50)
The straight Elgato Key Light is now half price. Coming with a desk clamp stand made from solid metal, those 80 LEDs that are capable of bright illumination or a subtle glow. the Key Light is great for streaming, recording, and video calls.

Elgato | Ring Light |17 inches | OSRAM LEDs | Flicker Free | 2500 LUMENS | 1/4 in BALL MOUNT| APP ENABLED |   $149.99 at Best Buy (save $50)
The Ring Light deal is available Sat. Nov 27.  It uses premium OSRAM LEDs, it's flicker-free and color adjustable. The light can also be controlled with an app or with a Stream Deck. The ball mount is 1/4 inch so a camera can fit right on top. It comes with a desk clamp and a master mount that stands on the floor.

Now, let's talk microphones. You have a choice between purchasing an individual mic, a Pro Audio and Mic Arm LP Bundle, or Pro Audio Bundle. The individual mic, the Wave:3 is on sale 20% of $149.99 lowering the price to $119.99. The Wave:3 is a USB mic with a condenser pattern, a digital mixer for streaming, recording, and podcasting. This mic is included in all of the bundles. Even though it has all of these features it's still great for plug and play.

Elgato Wave:3 | Condenser mic | 96kHz | Cardioid pattern |Digital mixer | Clipguard |Mute button | $119.99 on Amazon (save $30)
The Wave: 3 is a 36 kHz cardioid mic with a clipguard and seven audio sources to help handle software volumes individually. This capsule mic is stations on a U-mount with a padded base. The dial can tweak the gain, adjust headset volume and crossfade between mix and PC mix. The clipguard helps voices and sounds stay leveled. This mic works with any Stream Deck.

Elgato Pro Audio Bundle | Wave:3| Mic arm| Pop filter| Shock mount| $159.99 on Elgato.com (save $70)
This bundle includes the Wave:3, a mic arm, a pop filter, and a shock mount. Both the shock mount and the arm will help decrease the sound of bumps and scrapes against the microphone to make listening a more enjoyable experience for your audience.

If you play on console, or want to offload the processing of your capture from your PC, you're going to need or looking for a new capture card. The Elgato HD60 S+ is available on Amazon and Best Buy for $149.99, 25% off the original price of $199.99. This is capture card that can sit on or under your desk and connect to your consoles or other mics. Elgato's second capture card, 4K60 Pro MK.2, plugs directly into your motherboard and can be fit inside of your PC. Save up to 20% purchasing this during the Black Friday sale for $199.99 instead of 249.99 . This deal is available Saturday November 27, but is on sale at Best Buy right now for $239.99 if you can't wait that long.

Elgato HD60 S+ Capture card | 4K | 60 fps | HDMI input | Type-C USB | $149.99 at Best Buy (save $50)
This capture card can be setup on your desk. If you're a console gamer or using an extra camera you'd like to run through your PC, this capture card is perfect. Saving $50 dollars this season to get what could be an essential piece for your setup isn't a bad deal.

Elgato HD60 S Capture Card | 1080p | 60 fps | $119.99 at Amazon (save $50)
This is our pick of the best capture cards around for its ease-of-use and general all-round power. It's capable of capturing up to 1080/60 making it perfect for any capture and streaming you might want to do without the massive overheads of a 4K resolution.

Elgato 4K60 Pro | | 4K | HDR | $199.99 on Elgato.com (save $50) from November 27
The 4K60 Pro MK.2 does everything the HD60 does but provides a better capture rate and a lag free experience. It works with PS5. PS4 Pro, and Xbox Series X/S. This can be placed inside your PC case and plugged into your motherboard for a more sleek look for your desktop.