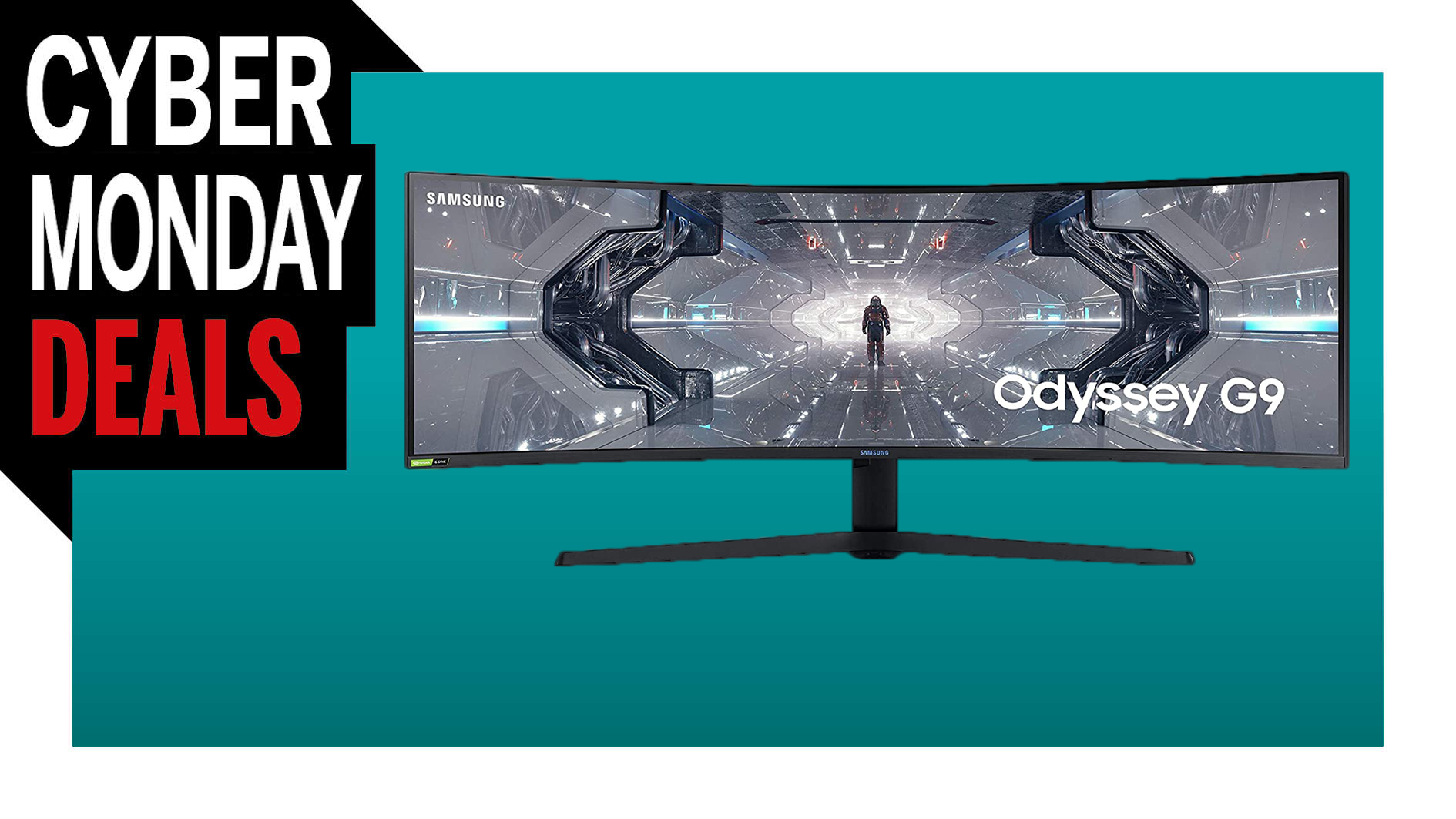 How much do you trust my girlfriend? If, like me, the answer is 'almost too much', then you'll be interested in these Cyber Monday gaming monitor deals—one for the US and one for the UK. You see, my other half has been using Samsung ultrawides for a few years now, and she absolutely swears by them. And given that we share the same small office, I've been very impressed too.

More pertinently, our reviewer was a big fan of the curved Samsung Odyssey G9, describing it as "totally spectacular" thanks to how epic its 49-inch panel felt to play games on. In the UK, you can grab one from Amazon for a penny under a grand, which is a total saving of £281 and the lowest price we've seen. Still not cheap, obviously, but it's a hell of a screen if you're looking to go curved.

The G9 uses a 240 Hz VA panel with both FreeSync and G-Sync support. The native resolution of 5120x1,440 is almost as many total pixels as 4K and means you'll need a powerful GPU to drive this monster, but the result—specifically that almost wraparound feeling of immersion—will be worth it. Despite having plastic housing, the Odyssey looks incredibly slick thanks to its glossy white finish and 'Infinity Core' LED lighting. "The overall effect is something akin to a big-budget sci-fi prop," wrote our man.

Some caveats: we didn't love the HDR implementation, and you should also know that this model was superseded by the Odyssey Neo G9. For our US readers, there's $500 to be saved on the Neo, though it will still set you back a brutal $1,999. That is the lowest it's been sold for by Amazon, and the Neo does come with a crucial upgrade over its predecessor: a mini-LED backlight. "This thing is several orders of magnitude more sophisticated than before," said our review, adding that: "The Neo G9’s peak brightness has doubled to a retina-wrecking 2,000 nits."

Samsung Odyssey G9 LC49G93TSSRXXU| 49-inch | Curved | 240 Hz | £999 at Amazon (save £280)
Recent lottery win still burning a hole in your pocket? This is the monitor for those of you who want to go big. Or more specifically: wiiiiiiide.  This Samsung QLED brings 5120x1440 resolution and the kind of rapid refresh rate that will future-proof you for a long time to come. The sleek design and easy set up will also help (slightly) take the sting out of dropping a grand on a screen.