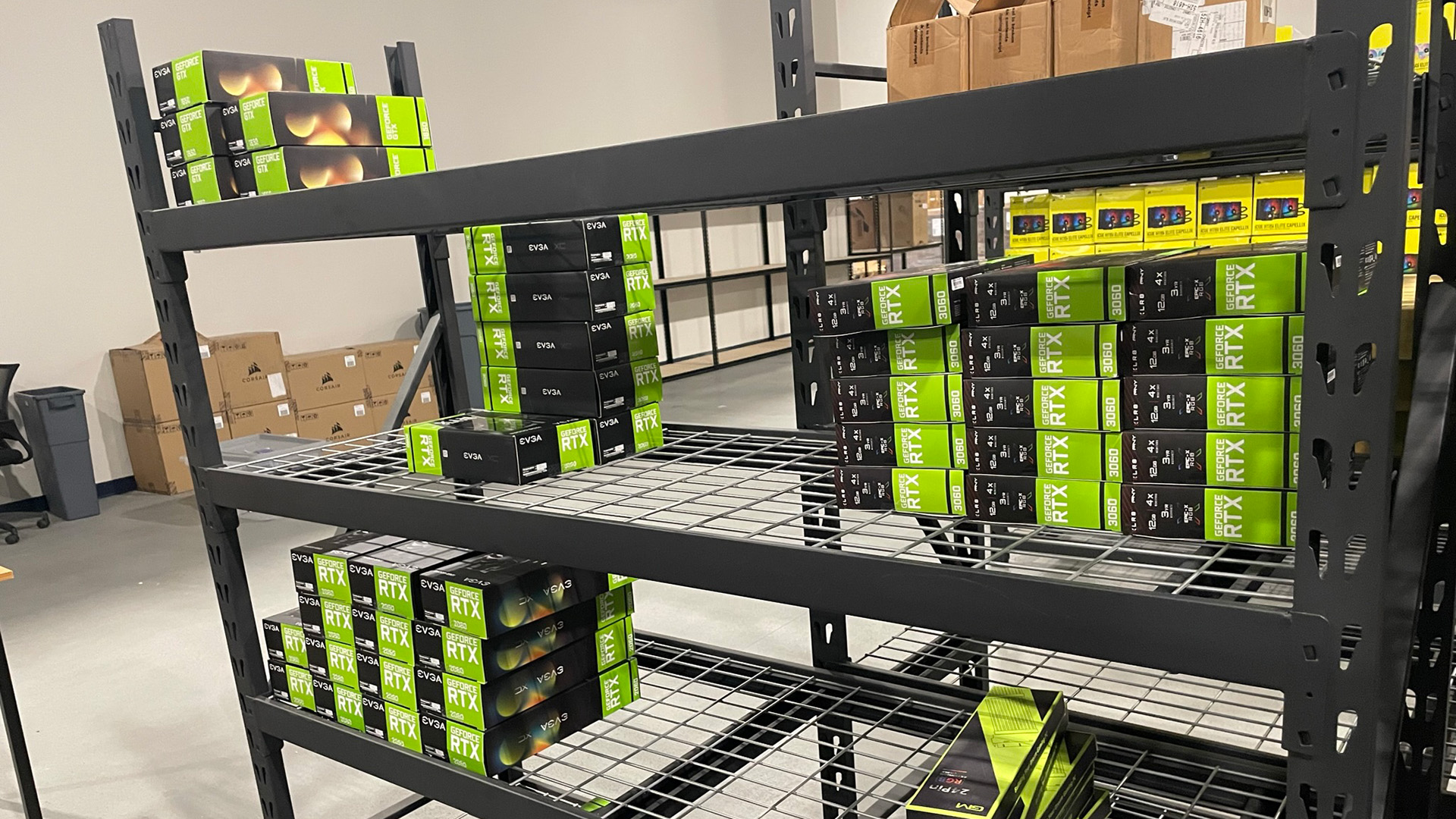 Two lots of PC parts from the company's California and North Carolina sites will be sold to the highest bidder via Zoom. Each lot will be sold as a combined purchase, with new bids having to be made in $5,000 increments or more. That means your average PC builder is likely priced out of the affair. Other PC building companies may well be interested in the haul, however, as the two lots include pretty much everything they would require to build a lot of machines.

There is also office equipment and miscellaneous tools included in the sales, which at one time would have served Artesian Builds' roughly 50 employees. This equipment can be seen in the various images of the company's two locations, included in the legal notice of the sale, most of which appears to have been left as it was during the company's final days of operation.

Artesian Builds is said to have held onto around $917,595 worth of inventory at the time of its closure, so you'd expect large sums of money to exchange hands at the auction for the leftover goods.

Though it's not only inventory that has remained in stasis since the company shuttered. Many customer orders are said to have been left outstanding by its sudden closure. On its final balance sheet, filed in California as a part of bankruptcy proceedings, the company is listed to have an estimated $1.37 million in unfulfilled orders.

An ex-employee told us at the time that there are at least "hundreds" of outstanding gaming PC orders. Some customers also reported that they were having little luck in remunerations from the company, including one whose son had ordered a $5,100 PC in December 2021. They ended up filing a dispute with their credit card company and buying a PC elsewhere, as reportedly so did others in the Artesian Builds Discord server.

In the photographs of the two lots, you can see baskets of PC parts that were awaiting being built at the time when Artesian Builds closed for good. There are even half-built PCs with labels attached denoting how close they were to being finished.

A third lot is also headed to auction, though this isn't further PC parts. This lot covers the Artesian Builds name, domain, customer list, influencer list, registered trademarks, and an account in its name. In theory, this could see another company take up the Artesian Builds name and restart operations, but due to the possible negative connotations with the defunct brand I don't suspect this will happen.

More likely a company will find a use for the contacts included in lot 3, which cover details of customers from the previous three years and many influencers. This info largely includes email addresses, but some mailing addresses are noted.

Oh, you thought your data was deleted once a company goes under? Nope.

The customer information will be "subject to requirement of appointment and review by a consumer privacy ombudsman." That means whoever buys it may have to jump through some hoops to actually use this data in any meaningful way, though it would appear the influencer data is fair game.

Artesian Builds filed for bankruptcy in April of this year, following a controversial raffle live stream by company owner and CEO, Noah Katz. This may have played a part in the company's sudden shuttering, though ex-employees, speaking to PC Gamer under the condition of anonymity, suggested that Katz inexperience as a CEO may have led to its eventual failure.

If a company can't afford to pay off its debts with its assets and inventory to its secured creditors, such as banks, there may be no money left for customers to receive any compensation for what they put in before it closed. Sadly, then, it's not clear yet what the outcome will be for any customers still awaiting money from Artesian Build's bankruptcy proceedings.