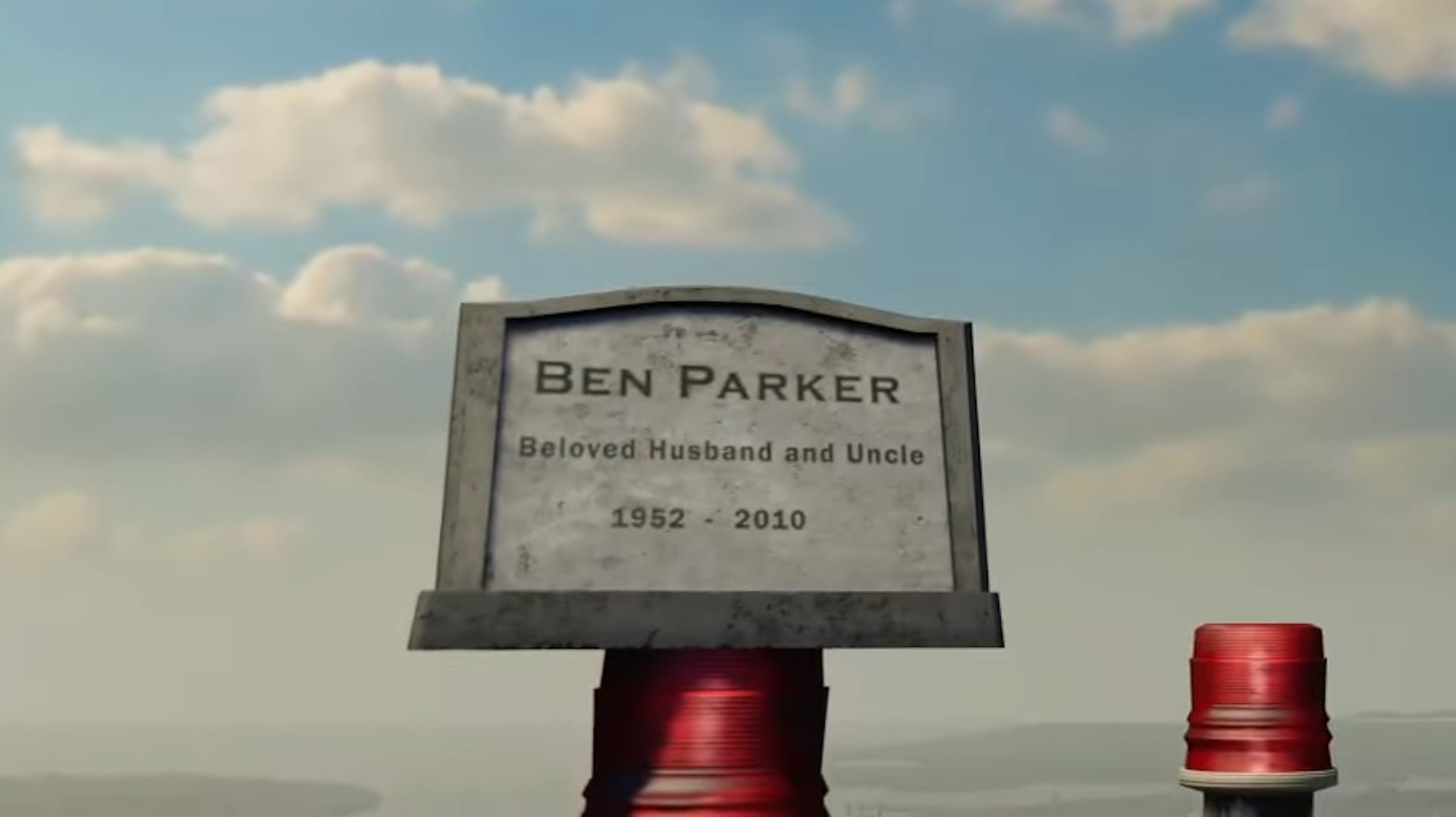 Modders are having a grand 'ol time with the recently released Spider-Man Remastered PC port. So far, we've seen model swaps that let you swing across New York as Mary Jane, Wilson Fisk, and even the late Stan Lee, but I think we've officially crossed a line: a mod uploaded yesterday at the sinister hour of 2AM replaces Spider-Man with the gravestone of his dead Uncle Ben.

The mod Become Uncle Ben, created by Nexus Mods user Saphire, is quite literally a controllable slab of granite adorned with a loving farewell from his widow and loving nephew: "Beloved Husband and Uncle 1952-2010"

Of course, the text is hard to read while Uncle Ben's gravestone is webbing down Wall Street at 80mph. However messed up, I cannot deny how funny it is to watch a chiseled rock magically beat the crap out of a gang of Fisk goons in this clip shared by Griff Griffin on Twitter.

This Uncle Ben model swap appears to accomplish the same thing as another mod made by YouTuber jedijosh920 back in April for Spider-Man PS4. Check out that video to see Ben's acrobatics in the opening cutscenes and stealth combat. Dead Uncle Ben really has it all: rigidity, might, and a whole lot of grit.

The Uncle Ben suit will replace Spidey's classic suit, so it shouldn't interfere with your existing duds unless you like to reject modernity and embrace tradition. Like all the other Spidey replacements popping up on Nexus Mods, make sure you have the Spider-Man PC Modding Tool before downloading.

How to watch the second anniversary Genshin Impact concert