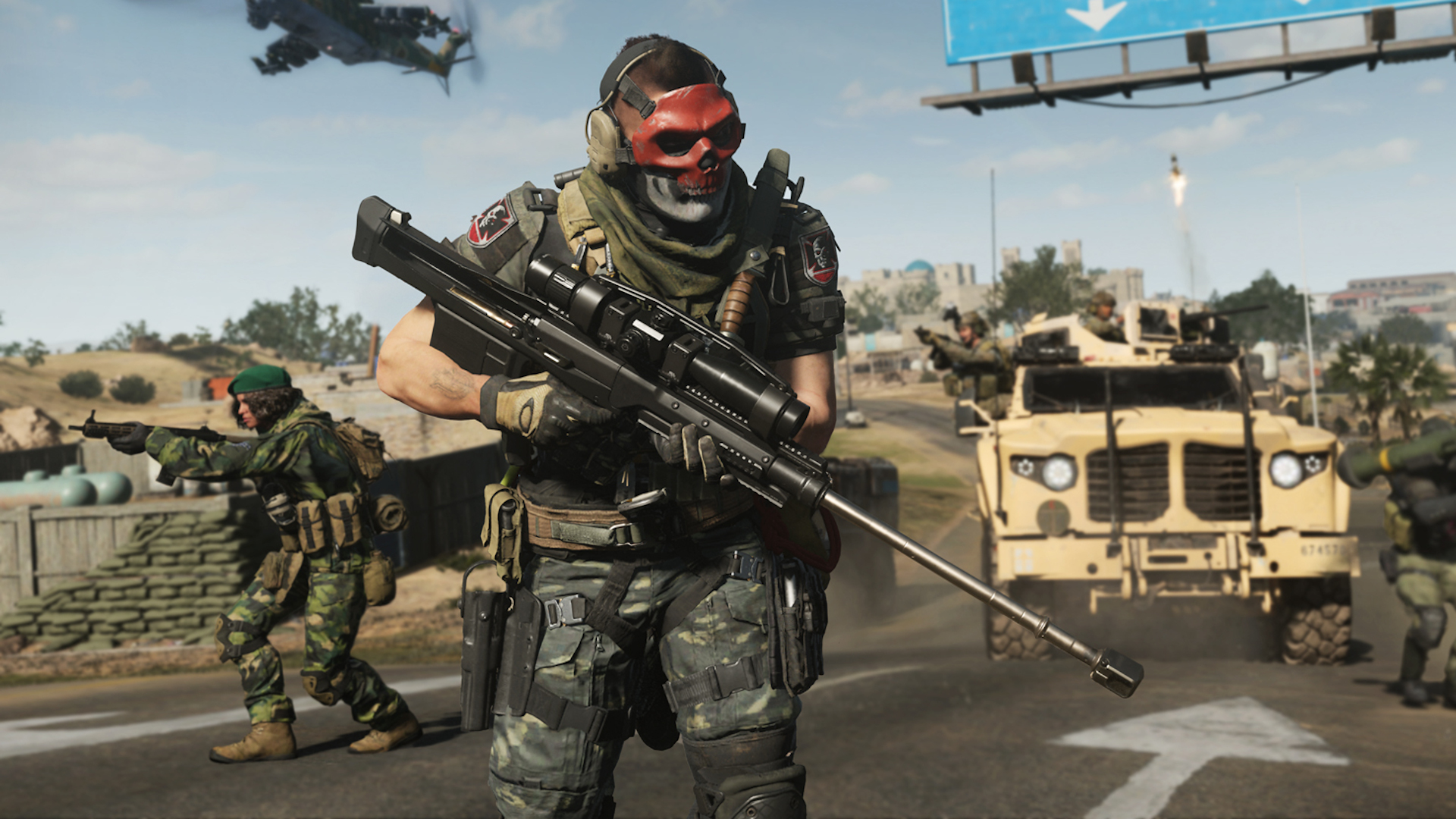 The writing is on the walls. Call of Duty is going through a change, and it may actually stick this time.

You can roughly map out the evolution of first-person shooters over the last 1.5 decades with the yearly Call of Duty releases. There was the era where everyone was super-into modern military shooters, followed by a few years when our boots lifted off the ground and started wallrunning or jetpacking. When hero shooters hit big, Treyarch responded with Black Ops 3's unique characters and ultimates. That was fun for a bit, but then the clock reset and Activision thought, hey, maybe World War 2 would be fun again. It wasn't.

This brings us to our current era, the one I believe is on its way out the door: battle royale. Activision committed to battle royale early and captured a huge audience with its standalone, free-to-play Call of Duty: Warzone. The most popular way to play CoD in 2022 is in a lobby with 149 other people, something I never imagined in 2007. But now almost three years in, I've noticed a waning interest in the same ol' battle royale and I think Activision has too. Infinity Ward is bringing back battle royale in Warzone 2.0, but at the same time it's going big on its next bet: AI and PvPvE.

We're getting our first taste of CoD's AI push during this weekend's Modern Warfare 2 beta. In new mode Invasion, a take on Titanfall's Attrition mode, nameless grunts join a large-scale 20v20 team deathmatch where AI kills are worth fewer points than players. I didn't expect much out of Invasion, but it's actually my favorite mode of the beta so far. Moment-to-moment it's still TDM, but the extra bodies running around saturate the map such that it gives the illusion of a grand, almost Battlefield-scale conflict in a much smaller space. It's also just satisfying to mess up a whole gang of AI that go down in one or two bullets.

I'm very interested in how Modern Warfare 2 will tackle raids. Infinity Ward is deliberately drawing comparisons to Destiny 2 in its description of raids as "cooperative engagement requiring teamwork and strategic, puzzle-solving thinking in-between bouts of intense combat." Destiny's raids are almost universally regarded as the best parts of those games, yet only a fraction of the people who play it ever see them because of level requirements. Infinity Ward seems to be expediting that process by simply making raid missions that anyone can play.

I think the true test of Call of Duty's AI experiment will have to wait until Warzone 2.0, though. I'm skeptical that the nameless grunts wandering around the map in battle royale will add anything more than target practice. Infinity Ward says AI enemies have a "variety of lethality levels" and "defend their territory like a CDL pro," but the grunts content streamers encountered during the live Warzone 2.0 reveal were pushovers. I've yet to see any AI that truly threatens players in the way that, say, Hunt: Showdown's slug monsters, bug assassins, and aquatic tentacle freaks do.

If AI is little more than a distraction in battle royale, I hope it takes center stage in DMZ. My newfound love of extraction shooters may be coloring this a bit, but I get the sense DMZ is a big deal for Infinity Ward. There's a growing interest in the format that splits the difference between high-risk survival shooters and battle royale. Many extraction shooters—characterized by the freedom to roam the map, fight players, complete objectives, and leave whenever you want—have been popping up lately. The burgeoning genre has been dominated by stealthy cowboy shooter Hunt: Showdown and milsim Escape From Tarkov, but newer challengers include the diesel-punk shooter Marauders and The Cycle: Frontier. Battlefield 2042 even gave the extraction format a spin last year with Hazard Zone, though it didn't catch on there.

The Warzone 2.0 announcement blog post describes DMZ as a "passion project" inside Infinity Ward and contributing studios, language it doesn't use for Modern Warfare 2's two hundred other modes. It's also the only mode with its own logo, completely separate from the Warzone branding.

To make DMZ feel distinct from Warzone, Infinity Ward should really consider getting creative with AI. Think bigger than grunts: one of Hunt's greatest strengths is how the unique behaviors of its monsters force you to change up your strategy (like the Human Torch-like Immolators who explode if you pierce their skin with anything sharp). There should be environmental hazards and other things to do than run from place to place and shoot other players. Think too small with extraction shooters and you end up with Battlefield 2042's ill-fated Hazard Zone.

If Infinity Ward can do for extraction shooters what it did for battle royale, it could really be something special (and even beat Fortnite to the punch this time). I can see this being the proper kickoff of a PvPvE trend where all the battle royale games slowly creep closer to Escape From Tarkov or Hunt. I hope it pays off, because I'm definitely done with shrinking circles.