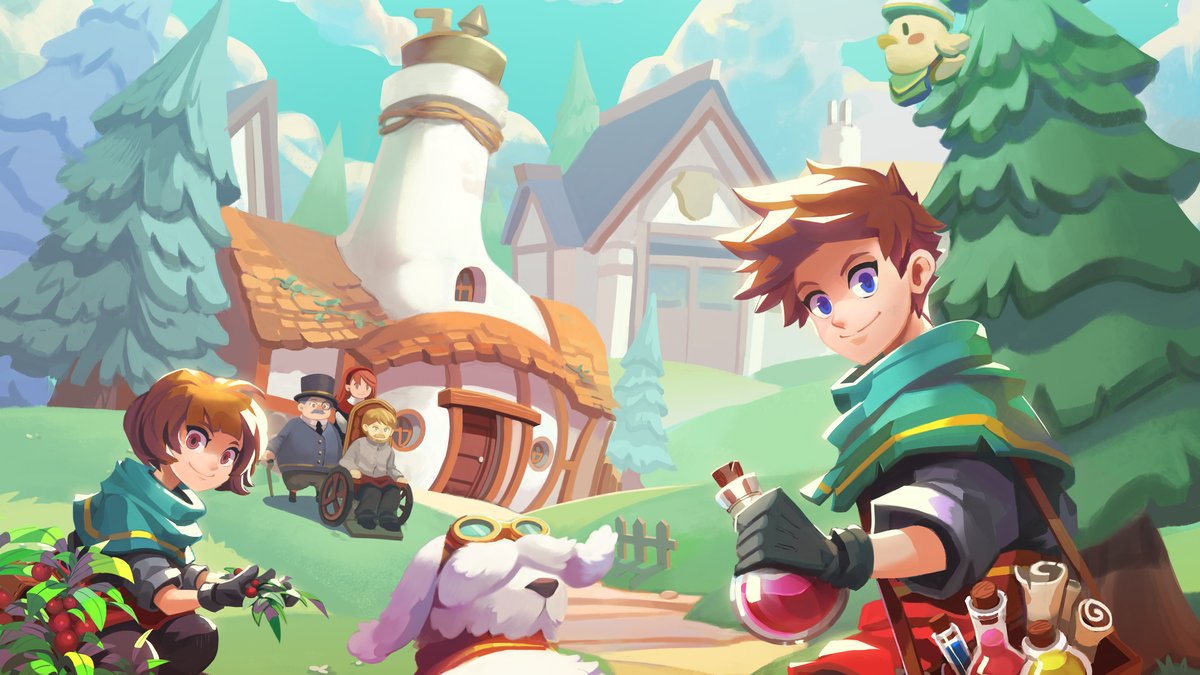 A pretty cute little life sim released this week: Potion Permit, which casts you as the new chemist in town, responsible for treating illnesses among the citizens of remote village Moonbury. Your job is to diagnose diseases, gather ingredients, and then brew them into cures as you make friends among the townsfolk and settle into local life.

See, the locals are wary of modern medicine and technology, preferring to rely on traditional methods. When they call for help fromt he Medical Association, they send you, their star pupil, to serve as the chemist and convince the locals of how effective modern alchemy is at curing ills.

It's an adorable spin on a fantasy world, and a cute departure from the usual farming-focused crafts featured in most life sims.

I've spent a few hours with Potion Permit and it's very much the kind of game you'll like if you enjoy the grind of optimizing your crafting in Stardew Valley or Graveyard Keeper. It's also rife with minigames, from rhythm-based diagnosis to combining ingredients in the puzzle of your alchemic pressure-cooker.

At the same time it has all the life sim stuff you want: You get a dog, and it's a good dog. You can meet the neighbors, make friends with them, and learn their stories. You'll also go roving in the woods for ingredients, fight monsters, and improve public buildings to update the town. Oh, and decorate your house.

You can find Potion Permit for $20 on Epic, Humble, Steam, GOG, and probably some other places I didn't spot. Potion released earlier this week, on September 22nd, 2022.

PC Gamer's Lauren Morton noticed that a heck of a lot of games revolving around potions are brewing right now. "They're all about cauldrons and brewing magic elixirs to some extent, but they're all slightly different simulation subgenres, too," she says, "I've been following a couple of these for years and I still manage to mix them up." TO that end, she wrote you a nice guide to all the new and upcoming potion-making games.

Technoblade's farewell is the top trending YouTube video of 2022

18 years after 'it ruined my life', David Harbour is streaming World of Warcraft: Dragonflight