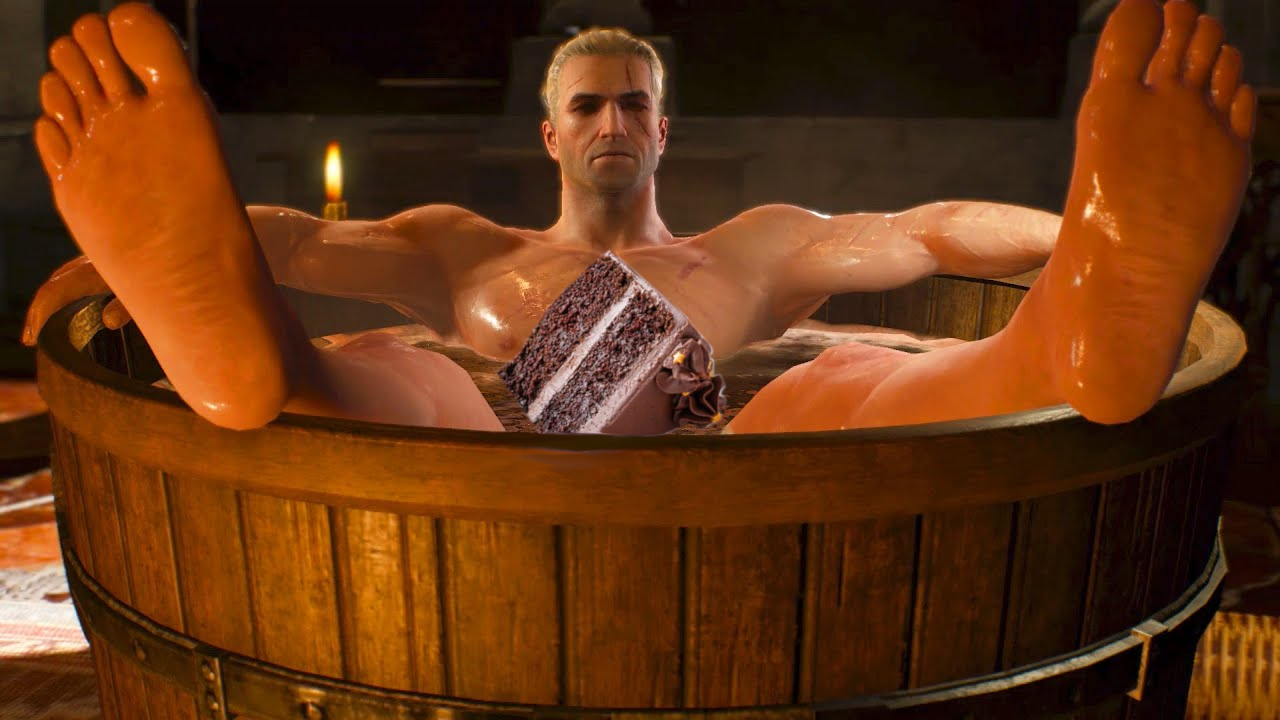 Last night, I got to watch two of my great loves get smashed together: kitchen disasters and Tub Geralt. This unlikely combination was thanks to Nailed It, the best baking show on Netflix (and anywhere else; sorry Bake Off). For Halloween, it's doing baking challenges inspired by other Netflix shows, including The Witcher, which saw the inept contestants attempt to make a Geralt cake.

What they actually made was a series of nightmares that will haunt me forever.

For the uninitiated, Nailed It's hook is that it doesn't invite talented bakers to participate; everyone sucks and every cake is a giant mess. I became obsessed over the pandemic, in great part thanks to host Nicole Byer, who approaches the role with unhinged glee. The whole thing is a delight.

As per usual, the contestants managed to simultaneously over and underbake their cakes—which takes real skill—on top of a host of other errors. For instance, they didn't bother trimming the wires used to create Geralt's frame, giving him unnatural, gangly limbs. He looks more like one of the monsters he normally slays. There were some interesting creative choices, too, like the addition of a giant rat, which you'd not normally want in your bath.

There's a lot of playful ribbing of these terrible bakers, but the lovely thing about the show is that Byer, along with judge and chocolatier Jacques Torres, always tries to find something nice to say about the cakes, even while she's choking on gritty and soggy sponge. "The more I stare at it," she said when faced with one of the Cronenberg Geralts, "the more I like it."

With less than an hour to create what is a very elaborate cake, I think a lot of talented amateur bakers would have just as much trouble making it look good. It's pretty stressful! So, naturally, when Byer asked one of the contestants if they had fun making it, he responded with a deadpan "No, I did not." Luckily for him, the judges actually had some nice things to say about its taste, if not its appearance.

It's a great episode that I heartily recommend watching. In fact, just watch all of them and enjoy the schadenfreude.

In other Witcher news, a new Witcher trilogy is coming, a spin-off with both multiplayer and a singleplayer campaign is in the works, and everyone agrees with me that Dandelion should be the next Witcher protagonist and nobody is calling for my execution for suggesting it.