There are Prime Day gaming laptop deals all over the web right and, shhh, right now the best one isn't even on Amazon itself. Best Buy is offering quite of few great laptops on sale. They are even offering price matching and extending their holiday return period until January 16th in case you were getting a system as a gift.

One of the best stand-out deals we've seen has been on Razer Blade 15 gaming laptops deal the RTX 2070 GPUs along with some scary good budget laptops for under $500.

You can also check out our current selection of Amazon Prime Day deals from the tasty offers on assorted goodies, from TVs to peripherals, and Prime Day gaming monitors, but if you want to stay mobile we've seen some pretty impressive gaming laptop deals too. 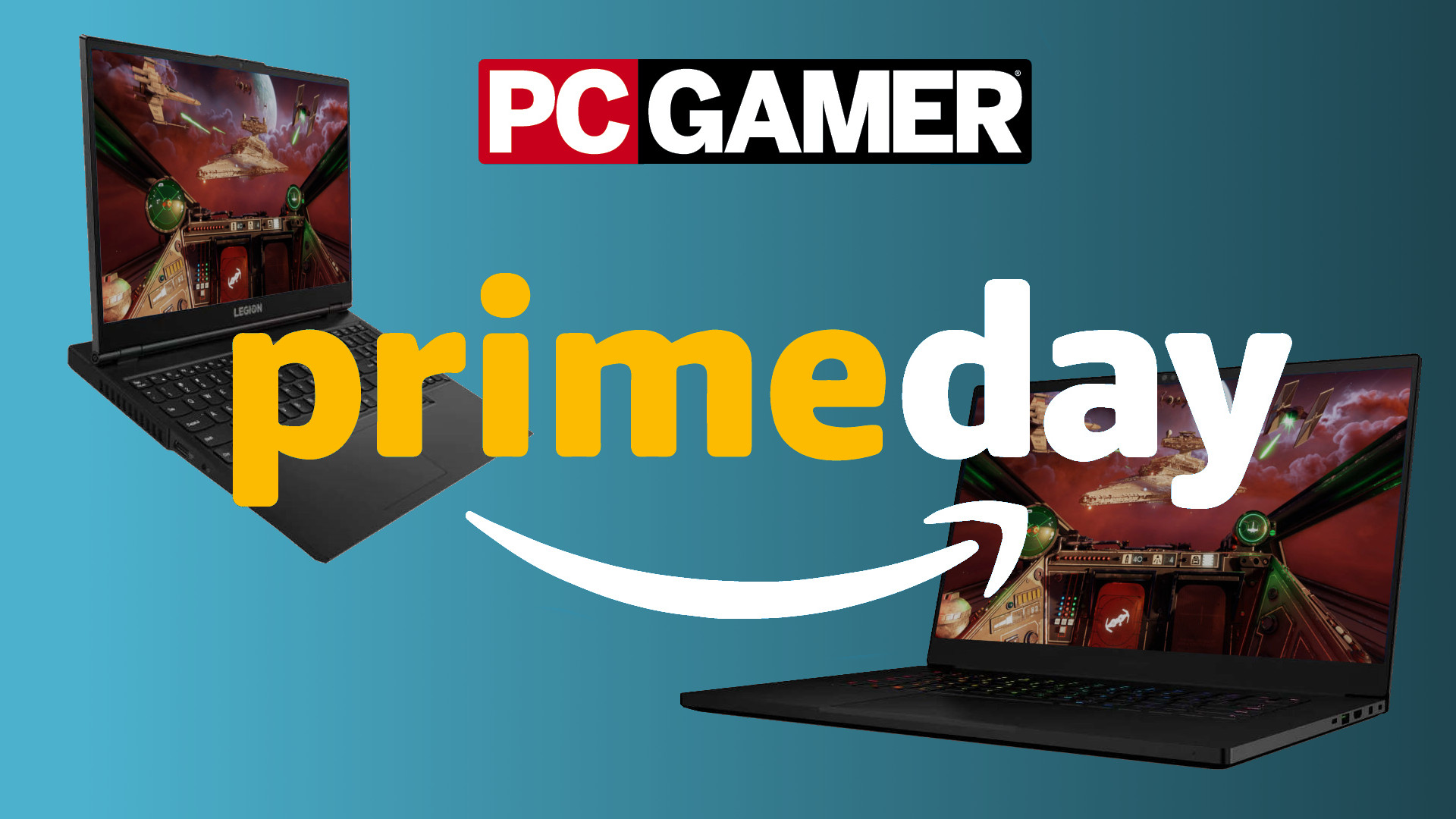 You might be concerned that the new Nvidia RTX 3080 launch would instantly render the RTX 20-series obsolete, and while that's almost true from a desktop GPU point of view, on the gaming laptop side it's not so cut and dried. With the Nvidia RTX 20-series Super cards only launching this year I wouldn't expect RTX 30-series mobile GPUs until well into 2021.

Yet there are certain to be discounted gaming laptops as last-gen processors from Intel get phased out ahead of the upcoming 11th Gen Intel Tiger Lake launch, and Rocket Lake next year.

We've also added a bunch of non-gaming laptops to the pile too. Because sometimes you just want a svelte little notebook to take on the road, while your hulking great desktop monster takes care of gaming at home.

The Stealth 13 is a true gaming ultrabook, packing in an Ice Lake mobile CPU and a discrete GTX 1650 TI GPU, into a svelte 13.3-inch package. You also get 16GB RAM and a 512GB SSD. The 120Hz display model is actually $100 cheaper than the 60Hz config right now. View Deal

This is a great price for one of the best gaming laptops around. The chassis is slim, the RTX 2070 GPU is powerful, and the 15.6-inch display runs at 240Hz.View Deal

If you can't quite stretch to the higher spec beasts, then the Base Model still delivers quite a punch. The 1080p screen runs at 144Hz, you get 16GB DDR4 RAM, and a 256GB PCIe SSD in the mix too.View Deal

This is the best gaming laptop you can buy right now, and with $500 off, that's a great price. This version rocks a blazing fast 300Hz display and comes with an 8-core/ 16-thread CPU at its heart.View Deal

Alienware m15 R2 gaming laptop | RTX 2070 Max-Q | $1,549.99 at Dell
Packing an Nvidia RTX 2070 and six-core Intel Core i7 9750H CPU, the Alienware m15 R2 delivers a helluva lot in a sleek package. It also comes sporting 16GB of DDR4 memory and a 240Hz screen, so you needn't worry about your PC turning sluggish any time soon. Dell points out that availability is limited, so act fast.View Deal

There's a lot of laptop here to love. The Scar 15 is a great little chassis; it's not too chunky and cools the RTX 2070 Super well. You also get a 10th Gen Intel Core i7, 1TB NVMe SSD, and 16GB DDR4 RAM. LOW STOCKView Deal

For a little more than the IdeaPad you can pick up the GTX 1650 Ti, which has faster GDDR6 memory. The Legion5 also comes with a 6-core/12-thread CPU and a 512GB SSD.View Deal

This is a more affordable version of the model we reviewed earlier this year. It is a fast laptop out of the box with a potent CPU and GPU combo, and should you decide to double up the RAM by adding another 8GB stick, you'd still have spent well below the normal selling price. BACK IN STOCK SOONView Deal

If you're after a cheap gaming laptop you could do a lot worse than this affordable Asus. The chassis is smart, and you get a decent Core i5 CPU, a PCIe SSD, an 8GB DDR4 RAM too. BACK IN STOCK SOONView Deal

This one just keeps changing in price (sometimes up, sometimes down). For now just over $700 you get a 1080p IPS display, a quad-core/eight-thread Intel CPU, and a discrete GPU that will give you decent HD gaming chops on the go. LOW STOCKView Deal

Configured with an Nvidia MX 330 GPU, 256GB SSD, and a 17-inch 1080p IPS screen, this cheap laptop will happily give you lower-spec gaming on the go.View Deal

Okay, so it's not strictly a gaming laptop, but this chuck-in-the-bag machine will mean you don't have to lug your 15-inch RTX-powered beast into school or the office.View Deal

Dell XPS 13 2-in-1 | Ice Lake Iris Plus | $1,499.99
This is simply one of the most beautiful laptops in the world. The screen is gorgeous, the Intel processor impressively powerful for such a slimline device, and there's 512GB storage and 16GB RAM. It's super-portable, delightful, and $450 cheaper right now.View Deal

There's a lot to like about this cheap college laptop; there's the 10-hour battery life, Microsoft 365 Personal, and that price. It's not going to be playing Baldur's Gate 3, but hey, shouldn't you be working?View Deal

Thin and light, and with a Core i5 CPU, 128GB SSD, and 8GB RAM, this skinny Surface Laptop 2 config will slip in a bag and makes for a quality on-the-go machine. LOW STOCKView Deal

Sure, you ain't going to be gaming on it, and it ain't no PC, but Apple sure does make a nice shiny device to do boring word-y things on.View Deal

Yes, this is still PC Gamer, and yes, I'm recommending a Mac. One that cannot really game. But if you want to do some of that there creative stuff, with $300 off, the six-core MacBook Pro's CPU and AMD 5300M GPU will see you right.View Deal

I don't know what's scarier: Playing Phasmophobia or watching it