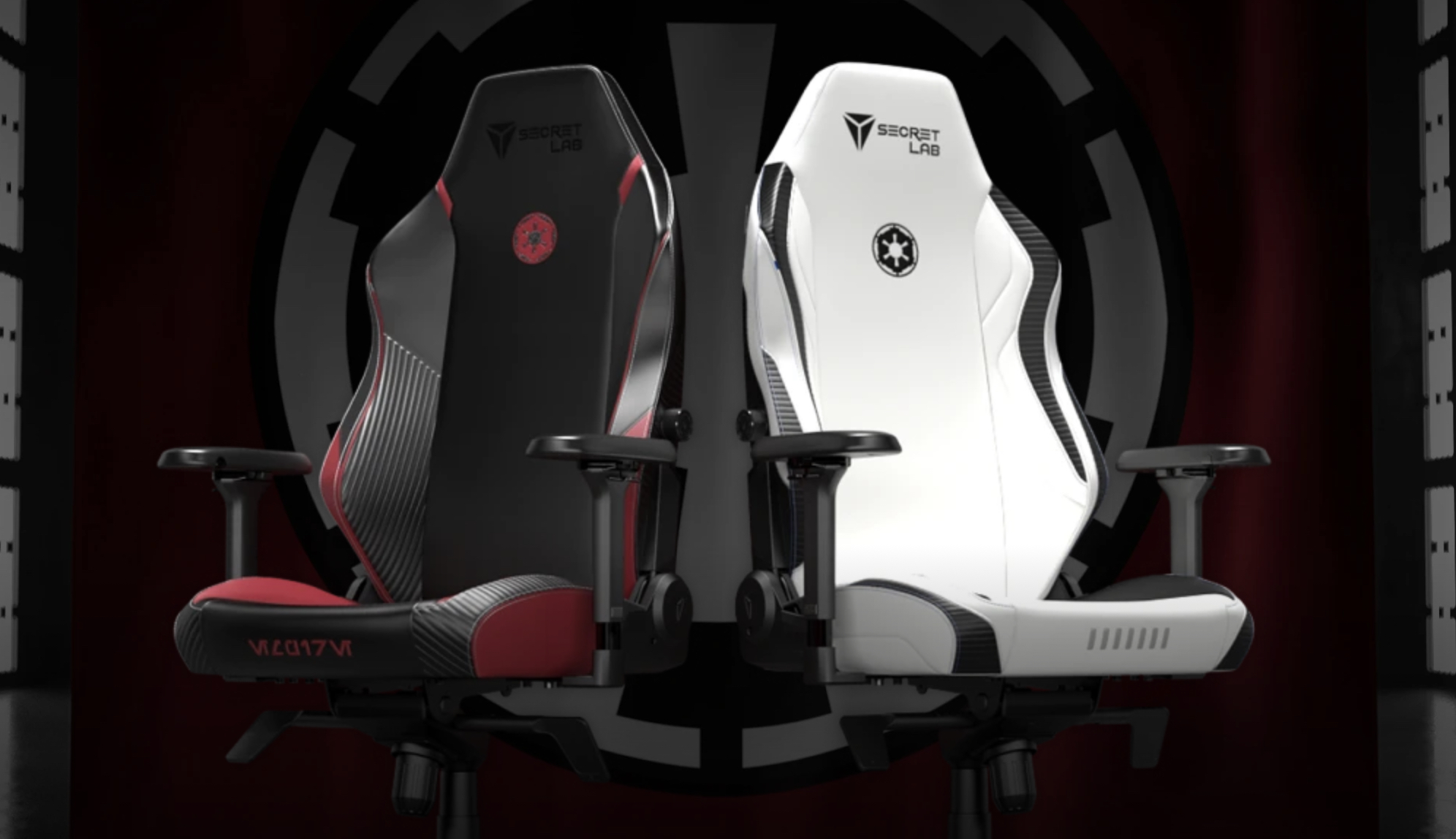 Our favourite gaming chair just pulled off an aesthetic collaboration that is likely to be a big hit with Star Wars fans. Secretlab partnered with Disney for a new line featuring two Star Wars-themed chairs. If you've been waiting for the perfect throne to complete that Emperor Palpatine setup of yours, then these have you covered.

The Secretlab Star Wars imperial Collection features two chairs inspired by the dark side of the force. Both are based on the Secretlab Titan Evo 2022, which we were very pleased with in our review. It's one of the most comfortable and premium-feeling gaming chairs around, especially so if you go for those new nice plush armrests. The only real change anyone should notice on the Star Wars Imperial collection editions is the aesthetics.

The first in the collection is the Empire Edition chair, which rocks a red and black style full of dark side energy. In the upper centre of the backrest is a red Imperial Crest, which helps to bring out the other notes of red trim. Meanwhile, the black leatherette looks nice and resistant to mess, and some of the texture has real Vader vibes.

In total contrast the second chair is the bright clean white of the armor worn by everyone's favorite cannon fodder. The Stormtrooper Edition uses black as the accent colour, including a black Imperial Crest. The other black trimmings feel reminiscent of the gaps in Stormtrooper armor that leaves them free to move and aim so dismally.

Best chair for gaming: the top gaming chairs around
Best gaming desk: the ultimate PC podiums
Best PC controller: sit back, relax, and get your game on

The backs of the chairs show off more of the ribbed texture complete with larger iterations of the crests. While both are certainly a clear Star Wars nod for those in the know, otherwise they just look like fairly nice gaming chairs. They strike a nice balance between blatant fandom and still being able to fly under the radar to anyone who doesn't recognize those logos.

Both chairs are available as of right now on the official Secretlab store, but as these are premium thrones don’t expect them to go for cheap. Due to the options they can vary in price and you can also choose between several different sizes on offer. Right now they're a little bit cheaper than usual thanks to the Black Friday sales, so if these have tempted you to the dark side, you might want to get in quick.